Until about a year ago, I considered the Xfce desktop to be boring and bland and not that beautiful. I never thought it could be a decent contender for the likes of KDE and Gnome. Then, one day everything changed. It was the day Gnome 3 was born, and I figured that my favorite choice for the desktop environment was gone now, living in the shadows. While a few distributions still cling to the good ole Gnome 2, and there’s the MATE reincarnation, the landscape has been forever changed.

Instability breeds opportunity, and into the vacuum came Xfce, trying to become a viable alternative. However, desire apart and actual results apart. In 2011, Xfce was still not good enough, no matter how much we wanted it to be become the next Gnome 2. But in early 2012, things started to change. I’d like to credit the now discontinued Dreamlinux distro as the one that broke the barrier, followed by the stellar Xubuntu Pangolin, which has now uprooted many a system on my boxes, and even revolutionized my eeePC netbook. Since, I have become sort of a fan, which means we should try to vote the best Xfce edition for this year. Mind, it won’t be easy, because Xfce is still not the default desktop environment for most distributions out there, and usually comes out as a secondary or even tertiary spin. But with these difficulties facing us, we shall search and vote.

Back in March, I took this Gentoo-based monster for a ride. Normally, a KDE system, Sabayon also offers a bunch of other desktop environments, Xfce included. Anyhow, my experience with this following setup was not among the best. While it can be hard separating the user space problems from the underlying family issues, the Xfce crop had more problems that I’ve normally seen with Sabayon. So we can’t blame the package manager, but media playback and default beauty? You would definitely expect more from the Italians. It was an okay build, but it did not inspire passion and excitement. This is another distribution based on pagan god worship and sacrifice of users on an altar made entirely of git commits. The thing is, Arch is a monster, like Gentoo, but Manjaro manages to bridge the gap and bring the system to the wider masses. It also tries to do that by using the Xfce desktop environment.

Manjaro has its share of problems, but apart from that, there’s the question of beauty, simplicity and stability. You win some, you lose some. Furthermore, another surprise was the resource consumption. Xfce prides itself on being lean and mean, and the Xubuntu example on my Asus netbook is a definite testatement to this boast. Manjaro was fairly decent, but it did not awe me in any sense. For the past three releases, Xubuntu has been getting better and better. I like consistency. It’s one of the better indicators of quality and slow, steady growth. Version 13.04 of Xubuntu is no exception. While the initial setup can be made more exciting, you cannot fault its practical functionality, speed or stability. Another strong side is the way system settings are neatly packaged into a single category, so you do not need to hunt them all over the place.

However, the system did require a reinstall after a botched attempt to setup the Nvidia drivers, but this is one of those family ailments rather than a very specific Xfce thing. I did claim that had it not happened, Ringtail would have been a perfect distro. Indeed, it blends all the right ingredients in the right dosage, and you end up with a sleek system that has everything you need, including a fair share of fun and incredible speed. I believe this is one of the fastest desktops I have ever had the pleasure of using. Now, things are getting interesting. Olivia is actually based on Ringtail, so you’d assume that things would be pretty much identical. Well, you couldn’t be any more wrong. First, Olivia comes with the most unique Xfce setup around. Because it does not look anything like Xfce. It has a very typical Mint looks, and you might mistake it for Gnome, MATE or maybe even Cinnamon.

While most distro developers do not give equal love to their other, less favorite children, the Mint team did not neglect their Xfce baby, and it shows in the small and big details. The desktop has been put together with excellent taste, and you get the expected, colorful functionality any which corner you poke. However, the system, on the kernel level, misbehaved for a while, and thus soured the overall experience. Still, if we can disconnect the Xfce desktop from the CPU, then things are quite good. On top of that, as a bonus, you get phenomenal speed and quiet. Rock solid, among the more refined sessions you can possibly find, if only, if only we can ignore the early fiasco with the CPU going berserk. But as far as Xfce goes, ’tis definitely one of the more original flavors on the market. Tough. Really tough. I’d like to say Xubuntu, but given Kubuntu’s win in the KDE round, this would be unfair and possibly not very interesting. But it deserves it, it really does. Wait. Linux Mint 15 Olivia Xfce is a damn good distro, too. Unfortunately, both had problems, which seem entirely system related. It’s as if the fate is trying to steer me away from perfection. I just can’t seem to be given the chance to declare that ultimate 10/10. Not to Xfce, not as yet.

So let’s call it a tie. Xubuntu and Mint. Sure there are many other distros around, and I have yet to test them, and sample their goodness, but among the four candidates that graced my fingers in 2013, the two Ubuntu-based systems definitely take the lead. Manjaro is cute, a noble effort, but it’s still not mature and robust enough. Sabayon simply needs a serious intake of passion, the way it used to have once.

Back to our winners. Xubuntu feels a little more focused. Mint comes with its own application stack and beauty that sweep the senses, and it’s so refreshing to see Xfce taken to another level, proving what can be done. But I am worried about the kworker/watchdog thing, and why I have not see it happen with other editions of Mint, or other systems. I did also have to fight with Xubuntu for a while, but I won eventually, whereas the kernel battle against Olivia still persists.

For those who feel like using something new and different, Mint offers the ultimate answer. Xubuntu is rock solid and super-fast, and comes from a family that seems to have established its pedigree, so if you’re into familiar and stable, then there’s your choice.

Four distros does not sound like much, and you may find the competition biased. But that would be looking at the results from the totally wrong angle. First, you need to consider this. Two years back, I would hardly bother using this desktop environment, and now I am keen, excited and looking forward to new versions and spins. Second, the matter of beauty and practicality.

Xfce is no longer a geek’s domain. It has become a product that even normal people can use, with just the right amount of encouragement and some tweaks to the presentation layer, which is what Olivia and Ringtail do here so well. Moreover, you have phenomenal speed, so don’t toss away your old machines just yet, stability, and everything seems to be getting better and better. Hope is a great motivator.

Well there you go. Afore angry comments start pouring in, take a moment to bask in the rise of Xfce from the dust of nerdonia to becoming a viable, powerful and just equivalent to all the big players out there, and you need not feel like you’re compromising. On the contrary, which means 2014 will be even more interesting than this fleeting year. Your turn at words, please. 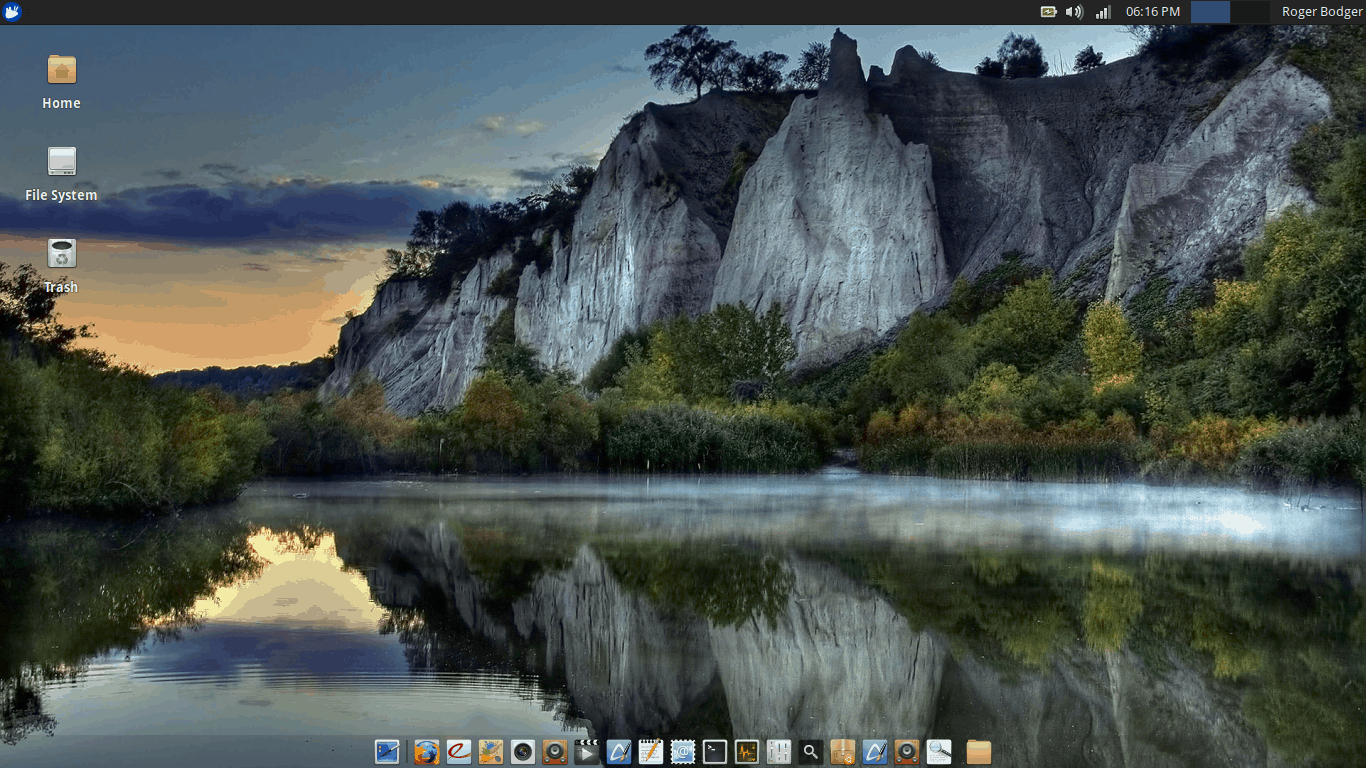