For many people, the release of Firefox 29 unto the market signified a symbolic death of Mozilla’s flagship product, the Firefox browser. The specific edition came out with looks barely indistinguishable from Chrome, and with a big drop in UI productivity. As a result, a large number of Firefox users started prowling the Web, searching for alternatives.

In this article, I’ll try to provide some, without linking to my rather R-rated review of Firefox 29 and the tutorial on how to transform it into a usable application. You can search for those, if you like. We will be focusing entirely on Gecko-based browsers, because moving to Chrome or Internet Explorer or any other software has never been an issue. Nor the big emotional dilemma we’re facing here. The question is, can Firefox lovers continue enjoying Firefox, or better, something that resembles Firefox in spirit if not in name? Plus, we will examine this from the perspective of Linux users, because they have it much harder than Windows folks.

I will start with Seamonkey, a community project that has evolved from the now-abandoned Mozilla Internet suite. I’ve talked about this program before, and found it adequate if not very exciting or modern looking. But it’s been around for a very long while, it has a decent force of developers and volunteers behind it, and it’s backed, at least provisionally, by the Mozilla Foundation.

However, while Firefox has gone to the dark side with rounded tabs on top, Seamonkey remains true to the simple mission of displaying Web pages. On top of that, it’s a suite, so you also get a slew of other programs, all of which have merit and use, even though you may never require them. We will talk about this a little later on.

Anyhow, I tried Seamonkey in a modified Salamander instance, focusing on the ease with which the software can be found, obtained, and installed. Then, I played with it, visited many popular pages to check how well they are displayed and rendered, streamed some popular media, and installed several extensions, to see whether the stuff that still makes Firefox the superior browser out there, despite the UI regressions, works in Seamonkey, too. So yes, extensions.

The installation was not trivial. Although getting Seamonkey merely means downloading a bz2 archive and extracting it somewhere, it’s a generic 32-bit build, so it might not work everywhere. For me, this meant handling unknown exceptions due to missing shared libraries, as my system is 64 bit. It started with XPCOM errors, due to libdbus-glib issues.

I had to install libdbus-glib-1-2:i386, and after that, the error moved on to the next shared library:

This is resolved by installing libgtk2.0-0:i386, which also pulls about a hundred other 32-bit dependencies. After this, Seamonkey launched just fine and without any problems, and it was stable and fast during my testing. On first launch, the Internet suite will ask you whether you want to import configurations, like from Thunderbird. Then, you get an archaic-looking but perfectly functional browser, which does everything Firefox like or near as it makes no difference. Some of the things look a little strange, and there’s a bit of clutter. But it’s perfectly sensible. You have the browser, mail client, chat program, calendar, and composer for HTML editing, which is very similar to kompoZer, an oldie but goodie. A very decent set of tools to work with. Next, I played with extensions. This is critical for Firefox users. Upfront, I must admit that only a subset of extensions will work. For example, Noscript and Adblock Plus installed fine, but Video DownloadHelper was not available. So you will be compromising if you decide to abandon Firefox. On the other hand, when it comes to privacy and security, you will be in a good shape. Another problem is Flash playback. If you have a 64-bit system, then you will also have a 64-bit version of Flash installed, and if you try to add the 32-bit plugin, the 64-bit one will be removed. This creates a problem, and it’s similar to what we’ve seen with Steam and Flash back in the day. You can work around this manually, but it’s something you need to be aware of. Under the hood, it’s almost identical to Firefox. You have a load of options to tweak and configure the behavior of the software. You can even setup a sync, so you can maintain your profile across multiple devices, and keep backups of your user data. Overall, Seamonkey is not an ideal replacement for Firefox, but it’s a very decent and practical solution. If you’re hard pressed into a corner, you can definitely consider this program for daily use. Again, it might not be the flashiest, the prettiest or the most modern, but it’s continuously developed, updated and maintained, you get a reasonable arsenal of addons, and there are several other programs included in the suite that sweeten the deal. Indeed, some of the extensions might be missing, but then you might not really need that many, because recently, quite a few extensions have been created for the sole purpose of giving you the old Firefox behavior back. Unnecessary in this case. All in all, okay, but let’s move on.

After publishing my aforementioned accusation of the recent Firefox developments, maybe a hundred different people contacted me separately, telling of Pale Moon, a forked version of Firefox without all the new UI changes, with additional optimization and efficiency tweaks. I was a little wary of the project, fearing it was an unsustainable one-man show, and not really knowing whether it could survive for long. Then, after carefully stalking the project’s site and testing their browser on and off, I’ve come to a conclusion that it is a very interesting, very accurate if somewhat medium-risk replacement for Firefox. Let’s elaborate.

Anyhow, Pale Moon is essentially Firefox in every way, except it comes with a sane presentation layer, some of the modern stuff has been removed, and there’s the natural rebranding. Both 32-bit and 64-bit builds are available, and there’s even a Linux installer, although the software is not officially available in any repository. After you setup Pale Moon, it will reside happily alongside your other browser. Launch it, and you’ll get a Firefox lookalike, with a blend between Firefox 4 and Firefox 24 plus some other unique features. Good, sane looks, especially for those dissatisfied with what happened in version 29 onwards. Next, I did the same exercise like with Seamonkey. I tried to install a handful of browser addons, to see how compatible they are with Pale Moon. Here, your repertoire is wider and richer, and I had no problems with either one of the three extensions we tested before. However, Adblock Plus does not have a GUI button, even though it works in the background. This is a small but important glitch that shows that Pale Moon and Firefox are ever so slightly different. Whether this outweighs the aesthetic side of things is another matter. But you must be aware that nothing is going to be an exact 100% identical fit. Flash plugin worked just fine, out of the box. Underneath the hood, you get virtually the same set of features and options like Firefox. Fire up the Preferences window, and you will struggle telling which browser you’re using, except the obvious giveaway strings. The focus of Pale Moon is both functional and emotional. It promotes freedom of customization, resists the latest changes in Firefox, and tries to offer a viable alternative to the trends while losing a minimal set of functionality in the process. This is a very interesting spin. But it also creates a dangerous precedent. What if Firefox suddenly went back to its old state? Moreover, what about future development and resources required to keep Pale Moon alive? Can we afford to switch over and hope it will be around for another decade or two? Windows focus is understandable, but you need to remember that Linux could and probably will come second as a result.

Another very critical aspect is the actual usability. Tiny things can go unnoticed for days, weeks or months. You might be bugged by seemingly innocent annoyances that you will not be able to explain or resolve easily. While Pale Moon is very much like Firefox, it’s also different, and users need to remember this. All that said, there’s no looming disaster, and the browser seems like a great alternative to the mainstream Firefox release. But it will never a perfect clone sans the personal taste woes, because that’s not the point.

You might also consider IceWeasel or IceCat, Debian-branded versions of Firefox, which strip out all non-free components. In a way, you may think these are completely different browsers, but they are essentially Firefox, and therefore, not really an option. Furthermore, they might not be readily available in distro repositories, specifically because of the philosophy and licensing, plus they serve no functional value with Firefox around.

For many non-technical reasons, Firefox still remains the preferred choice in most Linux distributions. If you like the way it behaves but not so much the way it looks and feels, you might want to consider trying either Pale Moon or Seamonkey as possible alternatives or supplements. Neither will give a complete answer to what you might be seeking, but they come close. Pale Moon is more of a Firefox clone, but it could hide tiny, evil bugs that you won’t notice until too late, and there’s the question of future development and sustainability. Seamonkey is a more old-fashioned product, but it’s its own master, and it comes with a long history.

We can only hope that Firefox will remain free, privacy-oriented and customizable as it’s always been, even if it strays on the artistic front. An identity crisis, fueled by money and conflicting ideologies. Uncertainty is not a good place to be, so you must have something to allay your fears and doubts, which are often worse than the reality. Perhaps you do not have a definite answer to your quest right now, but at least you have some answers.  If I had to choose, for most people, I’d say Pale Moon, but it’s a tricky choice. Anyhow, if you think there are other Gecko-based browsers, which also work in Linux and not just Windows, feel free to suggest them. That would be all. Take care. 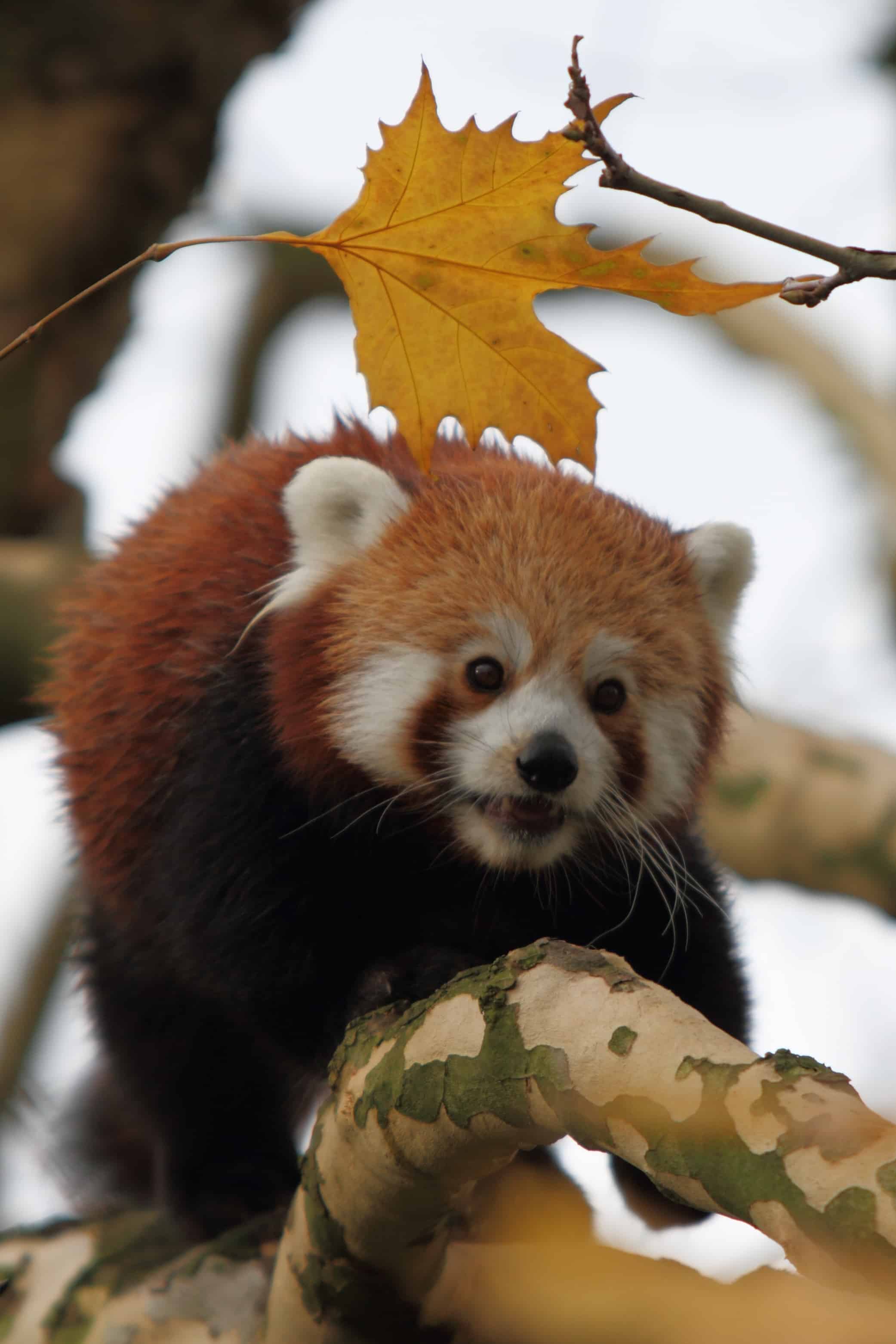