You know the drill. ‘Tis a fun drill. We vote for the best distribution plus its associated desktop environment, of the year. Several days back, we discussed KDE, and today, we will talk about Xfce, the desktop that broke through the thick sheet of irrelevance like a nuclear submarine surfacing from underneath the arctic ice caps, and became one of the leading choices for Linux users out there.

Sure, we cannot disregard Unity, or Cinnamon, but those are singular choices for particular distributions, whereas Xfce happily abides in many a developer house. What’s more, it’s grown and matured and become pretty and more than just useful, while still being perfectly capable of reviving old machines as well as being posh and modern on the latest hardware. And that’s why we are doing this little contest here. Our players for this round are, in no particular order.

Debian roots and a unique presentation layer, unlike any other. That’s how one might summarize Makulu, and it’s a distro that started high and mighty and then lost itself in unnecessary complexity of trying to give too much too quickly. I loved what the development team achieved with the desktop, but the rest did not give enough to create a satisfying product.

All in all, you would not want to consider it for the final roundup, perhaps, but I do think it belongs here, as a reminder of how flexible and customizable Xfce is, that it can be taken to new levels, and that there’s a thin line between bliss and confusion. Makulu is also an important and rather representative example of the Linux world, where sometimes great ideas are challenged by the reality of fragmentation, insufficient resources and limited testing, despite some great intentions and clever ideas. I would like to see Makulu succeed, and because of that, it’s here, facing some stiff opposition. I have not tested too many Xfce distros this year, and thus, the inclusion of Antix poses somewhat of a problem. It hasn’t really rang my bell, but it’s an interesting contestant, because it represents the whole side of the Linux community that normally escapes the headlines and fanboy storms. Debian based, with Mepis elements fused in.

As such, it’s an example of a project with a noble mission and ignoble results. The composition just does not gel, despite some brilliant bits and pieces. Overall, Antix is not a distro that you can easily sell to new users and fresh Windows converts, but it could be a useful alternative to those with middling or high Linux skills, who take personal interest and pride in tweaking their boxes, and damn be the press releases. However, the effort alone deserves mention, and we can hope the full potential of what Antix can be is going to be unleashed unto the masses one day. If you have read my review, then you know I’m impressed. It’s really the best Xubuntu up to date, and it’s been designed with a lot of careful attention to little details and daily practicality. The mouse-flavored unicorn, or should we say, unimouse, is stable, beautiful, robust, and has all the ease of use and accessibility of Ubuntu. Plus it offers stellar performance.

Xubuntu also retains the practical, well-proven desktop formula, with simple and clean menus, a fully usable and adjustable desktop workspace, panels, shortcuts, icons, and all the other elements you interact with. You are in complete control, and this gives you a peace of mind, even if you never intend to make any drastic changes. Even outside the Xfce realm, Xubuntu is a serious contender against rival operating systems and desktop environment, because it offers an unbeatable combination of speed, predictability and daily fun. Just as you did not expect me to include an Arch-based distribution in the KDE test, you sure do not expect to see a Slackware derivative include here. It’s like the Spanish inquisition. Nobody expects the Spanish inquisition. Or Slackware-based distros in the annual roundup. And yet, Salix is here, and I found it to be a calm, relaxing, sturdy distro that weathers the ups and down of fashion and hysteria. An old player that does not need to prove its worth and identity time and over again.

It isn’t the most exciting distribution out there, but it’s utterly predictable, and the underlying mechanics have been tested so thoroughly, you never have any doubt whether they will work, and what the outcome is going to be. With Salix, you are certain that if you stick to the rules, you will get the expected behavior. This is a very reassuring attribute, and on top of it, you can pile all your modern and cool software and plugins and anything else you need. Not bad. Let’s not muck about. Twice in a row, Xubuntu takes the crown. Not only has it maintained a splendid record of consistency across the years, it slowly improving. Tiny changes that do not take away from the sane baseline, and build upon it, like a fine layer of Nutella spread on a crepe. Can’t get better than that. In fact, there’s a good chance this distro could spot very high in the overall annual contest, but you will have to wait just a few more days for that. But it’s really superbly done, and there isn’t much more to philosophize about. An excellent choice, by all means.

I believe one of the main reasons why Xubuntu so often takes the lead in the Xfce crowd is the dedication of its development team to a single core idea. While many other distributions offer Xfce as yet another spin in order to add color and variety and flesh out their market visibility, Xubuntu is all about Xubuntu. It’s focused, and over the years, this has helped transform it from a hack into a fine swan, gliding above the Open Source Lake.

Having that extra letter helps, because Xubuntu is not just Ubuntu with another desktop environment slapped on top of it, as it is the case with many other distributions. Plus, there’s only so much quality assurance and testing you can do with a small team, so it’s better to narrow down the choice to a single offering rather than spread it out thin and produce average results. Unlike the KDE world, I can’t see any clear trend in the Xfce realm, because there’s so much chaos, so much activity. Except Xubuntu, which clearly stands out, and it shows. Well done, and now let’s get ready for the grand finale, the best distro of them all. Who will win, me wonders. 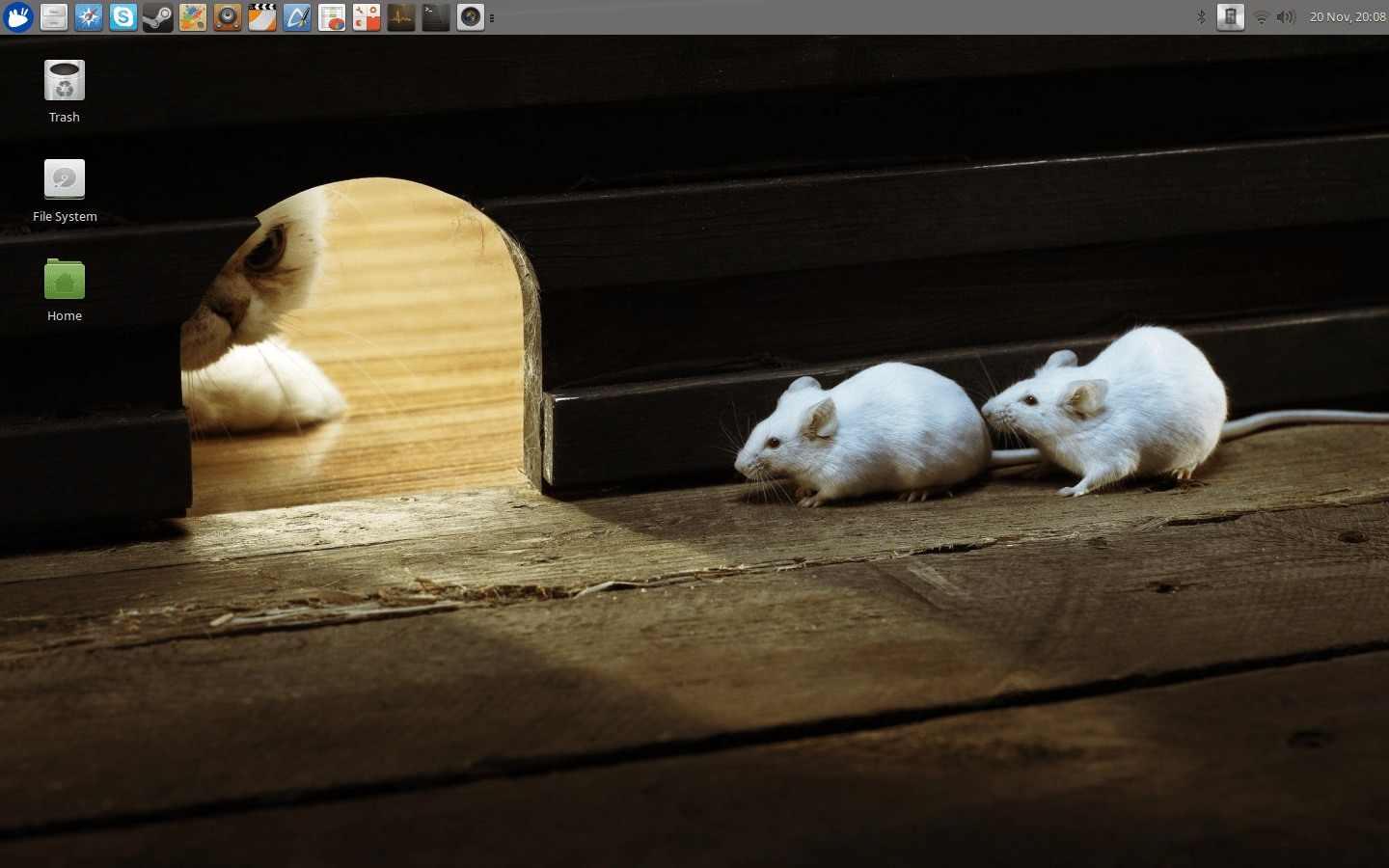