The team that develop Inkscape, the open source vector drawing software for Linux, Windows and Mac, has recently brought out their version 0.91. Apart from many bug fixes and improved stability, it includes new functionalities and changes to the interface that make it easier and more powerful to use.

Inkscape is a vector drawing program, that is, instead of manipulating pixels, you create and move lines and shapes. Proprietary equivalents of Inkscape would be Adobe Illustrator, or, for us old-timers, CorelDraw!.

The first advantage of a vector drawing application over a bitmap drawing program is that the object you work with are infinitely tweakable: you can stretch them, bend them, colour them, or twist them without fear of affecting other elements of the image.

Left: a line as rendered in a vector graphic. Right: The same line rendered as a bitmap image.

The second probably even greater advantage is that, it doesn’t matter how much you scale a vector image, the image will not degrade: a line will always stay a perfect line, a curve always a curve. There will be no jagged edges or “staircase effect” where an element finishes and another starts. The image on the right, for example, shows a screenshot an image of a straight line as a vector graphic (right) and then a bitmap image rendered from the original (left) at about the same level of zoom. Notice the “staircase” effect in the image on the left.

This is why many designs start out as vector graphics. Once the designer is happy, she can render it to a bitmap of any size, that of a postage stamp, to a full blown billboard, knowing the image will look good for both.

What is more, nowadays, many programs, including most web browsers, can render vectors directly, so often they don’t even have to be converted. Take the image on the left: it is an SVG file, the same format Inkscape uses to save its images. If you can see it, it means you are using a web browser that can interpret vectors graphics in SVG format (which, by the way, is a W3C standard). If you open this image in a separate window or tab, you will be able to zoom in and out and the image will still look perfect.

This is because an SVG file does not contain a list of colours of each pixel, but instructions of what to draw and how to draw it. If you were to open the file above with a text editor, you would see lines like this:

And, obviously, much more complex ones. But the fact remains that, you can see that SVG files list of instructions in more or less plain Enlgish, telling the app that has to display the image how to draw a line from X to Y, what kind of fill the Z shape should use, what colour the outline should be, and so on. Each time you zoom in, this list is reinterpreted and the image is redrawn from scratch.

A Brief Life of Inkscape

Now we have a handle on what Inkscape does, let’s see where Inkscape comes from.

Xfig was the first mainstream attempt to create a vector free graphic editor for Linux and Unix systems.

Before Inkscape came along, there were quite a few proprietary design applications (such as CorelDraw! mentioned above), but not many free ones. One that did exist was Xfig, a program that has not been developed since 2013. Xfig had some basic features, but was lacking more advanced ones and was hard and unintuitive to use. It was also visually unappealing – a big no-no for designers.

Sodipodi was Inkscape’s direct precursor. Notice the similarites with some of Inkscape’s current dialogs.

Then SodiPodi came along in 1998. A fork of Gill, another, much lesser known program that intended to implement SVG editing in Unix/Linux, Sodipodi was the first free software project that tried to implement a modern and attractive interface in an open source vector graphic editing program. Sodipodi was forked in 2003 and Inkscape was born. Sodipodi stopped development in 2004 and, from then on, all efforts concentrated on Inkscape. You can still see some of the influences of Sodipodi in modern versions of Inkscape’s interface.

The Power of Inkscape

You can add effects to an inkscape path in a stack. The effects can then be hidden, reordered or removed without affecting the base shape.

Apart from your basic vector graphic editing (lines, polygons, etc.), Inkscape contains advanced tools for filling, including gradients, patterns, and, when combining two objects, clipping and masking. You can apply blurs and transparency to fills and contours and create realistic shadows and glows. You can also stack filters and effects non destructively, meaning that, you can pile on the effects on a given path and, later in the process, you can delete or hide any one effect in the stack and the original path will not be affected.

Inkscape also works well with other programs. It exports to most major formats, such as PDF, PostScript, EPS, AutoCad compatible files, Open Document Graphic, and many more. You can even import from PDF into Inkscape, allowing you to edit shapes and text in what was originally designed as an uneditable format.

That’s what has been in Inkscape for years, but very recently the development team published a new version, that, not only improves the stability and performance of the whole, but also includes new features and tweaks to the interface that make the program much more usable.

Named and coloured guides – just one of the many improvements in version 0.91.

You can now change the colour and label guides, for example. This is a lifesaver for anybody who uses a vector graphic program to any extent: being able to identify which guide you need to snap your object to from a dozen guides is amazingly helpful. Another interface improvement is that many commonly used tools, such as the gradient fill, can now be adjusted from the toolbar. Before this version, you had to hunt through multiple-tabbed dialogs.

A brand new features is the Trace Pixel Art feature, which enables you to create vector art from bitmaps, sprites, and icons. A new Symbols Library provides reusable graphics elements – you can even read in Visio symbol libraries. New Snapping options and improved Snap preferences make it easier to quickly place items in the alignments you need. The tools for arranging objects offer several new ways to position the elements of a drawing.

The Inkscape team provides versions of their software for the most common operating systems. You can install Inkscape on Linux, Windows and MacOS X. On Linux, you can just choose it from your software manager and it will be downloaded and installed for you. For Windows and MacOS X, go to the download site and grab the installable package from there.

As any largish free software project, Inkscape has to support a rather complex infrastructure of code, coders and other stuff. You can contribute if you’re a programmer yourself by patching bugs, helping with the development of new features, or writing extensions. If you are not a coder, you cand help improve the application by submitting bug reports, and the project is always looking for users to help them translate, document and promote Inkscape. The team also appreciates articles, blog posts, tutorials and videos about Inkscape.

And then, as always, there is the small matter of funding. You can donate to the general project or for specific events. Currently, for example, the developers are looking to raise funds to allow team members to travel to Libre Graphics Meeting that will be held in Toronto in April. With enough funding, many of the programmers will be able to meet face to face and push development forward, coding physically together and getting direct feedback and help from each other.

Pling helps open and free projects by providing a platform for easy fund raising and supplying coverage to open sourced projects. Join Pling and tell us about your work.

OCSmag helps promote free software, hardware and culture projects through view, reviews and news. Tell us your story sending an email to paul at pling dot it. 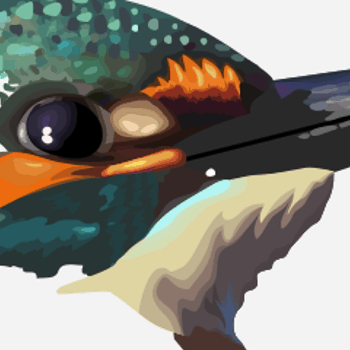