Ardour is a full-featured and cool-looking audio track editor.

With version 4, the Ardour project has moved beyond the phase of being perceived as a slightly awkward and backward Free Software sibling of the likes of Garageband and Cubase. Ardour now plays hard with the big boys.

In case you’ve never heard of this program before, Ardour is an audio editor in much the same way as Kdenlive is a video editor: You grab audio files, be them WAV, OGG, FLAC o MIDI, lay them out on tracks, cut and mix them up, apply effects, and produce something new.

You may have noticed a glaring absence from the list of supported audio formats shown above, and that’s because MP3 decoders are legally… er… complicated to implement in free software apps. The MP3 format is constrained by proprietary licenses that put developers in a difficult situation if they include support for it in their programs.

But that’s not the only reason: MP3 is a lossy compressed format. That is, when you compress a track using MP3, you loose some information and the quality of the recording suffers. When you are creating a new audio file, the same way you want the best possible image if you’re processing a photo in GIMP, or the best possible footage if you’re editing a film in Kdenlive, you’re going to need the best possible sound file when building a new piece of music in Ardour. This means you’re better off using a lossless format, such as WAV or FLAC.

(Yes, I hear you: OGG Vorbis is also lossy format, but it is also distributed under a free license, and technically easy to implement, so there’s that).

In any case, if you want to use a specific piece and all you have handy the MP3 track, you can quickly convert it to a WAV file with

You can use Ardour to remix one song, or several. As Ardour understands MIDI, you can use it as your sound studio and record your band’s tracks and mix them all together, effects and all. You can also use it to create the soundtrack of your videos, although you may need to install harvid to be able to sync video cuts with music beats.

Ardour is great for editing the soundtrack for your videos. With harvid installed, it even allows you to see the frames so you can synch the beats with the cuts.

Ardour doesn’t only allow you to visually cut, paste, move and copy tracks, but it also let’s you apply effects to your audio clips. To do this it relies on a very powerful plugin system. It comes with its own set of pluggable effects and can also use VST and LADSPA effects. This opens the door to near endless possibilities.

To start using plugins, click on the View menu and then mark the Show Editor Mixer checkbox. A new narrow panel will appear on the left of the workspace panel. Right click in the black empty space under Fader, pick New Plugin from the pop-up menu and you’ll be able to choose from a long list of plugin categories. Note that, if you haven’t clicked anywhere else, you will be applying the effect to all the tracks at once, i.e. to the Master track.

If you want to apply an effect to only one track, select the track you want by clicking in an empty area in its name box to its left. You’ll notice that the button at the top of the Editor Mixer changes from Master to the name of the track you just selected. Now any plugin you add will be added only to that track.

You can pile on as many plugins as you want. Plugins will be applied from top to bottom as shown in the Editor Mixer. In some cases the end result will be different depending on the order of the effects. To tweak a plugin, double click on it and it’s control panel will pop up.

Ardour comes with a wide variety of plugins by default. It can also use VST and LADSPA plugins.

Ardour 4 is not only a pleasure to use, quick, responsive and stable; but it is beautiful to look at too. The GUI has subtly been improved with rendered text and SVG icons that are bright and crisp. The control panels for many of the plugins are simply breathtaking.

Getting back to plugins for a moment, as they can come from anywhere, not all of plugins are correctly programmed. If there’s a plugin that is giving you grief, misbehaving in any way, taking to long to respond, or gobbling up too many resources, Ardour 4 will catch it and blacklist it to avoid compromising the whole system. You can un-blacklist a plugin from Edit > Preferences > Plugins.

Expand a MIDI track to show the piano roll. Use the pencil tool to add and edit notes.

Ardour also speaks MIDI. Once you have a MIDI track loaded, you can edit, correct and apply effects as before, but you can also modify and add individual notes. Use the cursor to tug at the bottom edge of a track to expand it until a piano roll appears (see the image on the left). You can then use the Draw tool to fill in notes. Right clicking on any note brings up a menu with editing options.

And now for a brief example. We took State Shirt’s Computer (by the way, State Shirt, aka Ethan Tufts, is awesome, and his rep is awfully friendly — thanks for letting us use your music guys):

and we cut it down to about a minute or so, which is what we needed for a video. See how we did it in the video below:

Track one contains the beginning of the song, but heavily filtered to make it sound tinny and echoey. Tracks 2 and 3 contain 4 snippets, two per track, that are actually all identical, but, as we splice in the final seconds of Computer (on track 4) at the end of the first snippet on track 3, the fact that they’re exactly the same is disguised. Each snippet was also very slightly stretched or compressed to make the beats match up.

You can download Ardour 4 from Ardour’s website. Although Ardour is free software, the developers demand donations quite aggressively. This is a harsh reminder that, without user support, projects like this will have a hard time surviving. True to free software form, however, the source code is readily available for free. Be warned that compiling Ardour yourself can be hard.

A third option is to look in your Linux distribution’s repositories. Many distributions package Ardour or have special repositories (such as a specific Ubuntu PPA) that come with the latest version.

Just remember that, if you do get Ardour without paying for it, don’t forget to make a donation by visiting the community page and using the donation button on the right. 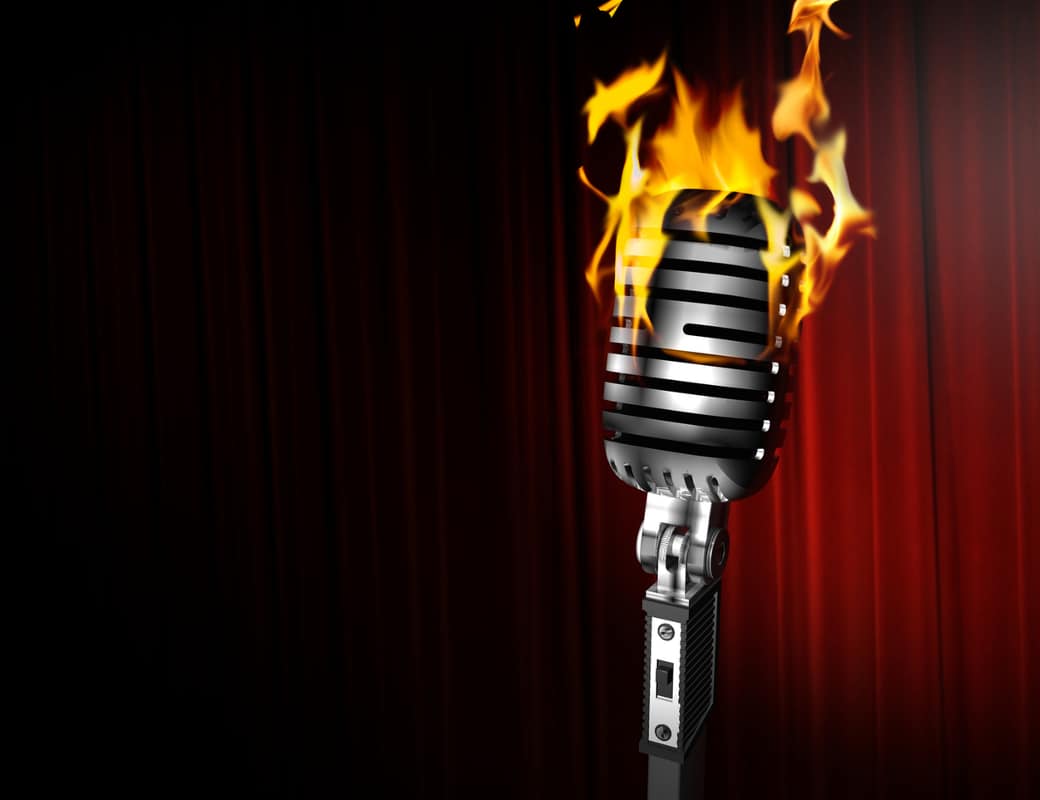