One more. After exploring the ups and downs of the Gnome and KDE/Plasma crop of this year, we now focus on what Xfce can deliver us. Arguably, this is the third largest, most important desktop environment in the open-source universe, straddling the chasm between the two opposing philosophies of the G and K worlds.

Back in 2016, I found Xfce to be a very vibrant, healthy, innovative technology, with a good string of successes, and a range of balanced, practical distributions. There were no cardinal revolutions, but then also, there were no wild swings in quality, either. It was all rather stolid. Now, let’s see what 2017 can tell us.

For many years, MX was an underdog offering, with lukewarm results – bland looks, a mismatched set of programs, average quality. But it rallied on, and with stubborn persistence, it rose through the ranks. Last year, it almost took the crown, and it also featured among the top five distributions in my annual roundup.

Continuing in the same spirit of its predecessor, MX-16 delivers a rounded, balanced experience. Good if not quite perfect network, media and smartphone support, a tedious installation that nevertheless gives you a full import of your live session, which is very neat and rather rare in the Linux world – Mageia is probably the only other distribution that actually bothers doing this. 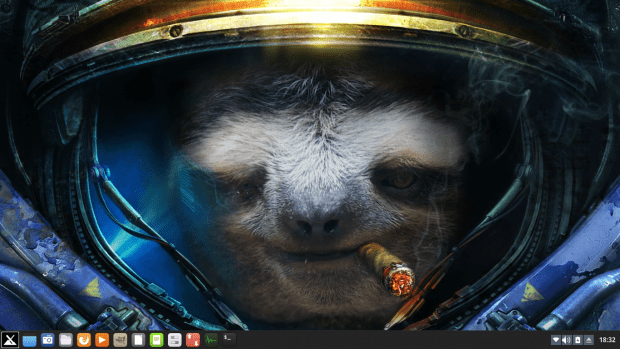 But then, this is only a beginning – and MX-16 has a few aces up its sleeve – a range of custom, unique tools that offer a lot of value, phenomenal performance, and probably the best battery life record of all the different distros that I’ve tried. It was also very stable, and it packs a colorful set of programs. MX-16 manages to embody Xfce in a good way – while it is reserved and less shiny than some rivals, it focuses on delivering results first, bling second – and it shows. This was definitely a phenomenal start for the year Xfce-wise.

The Xfce flavor of the spring version of Ubuntu was a pretty reasonable offering, all in all. With the spectacular Kubuntu screaming at its heels, it had to show its worth, and largely, it succeeded, with good media and smartphone connectivity, an easily customizable interface, and reasonable hardware support plus fairly neat performance.

However, software management wasn’t as slick as in the past, there were small compatibility problems with some of the peripherals and a few other inconsistencies in the desktop stack, and battery life disappointed doubly, both as it wasn’t as good in what ought to be a seemingly bloatier desktop – Plasma – and also comparing to the record-setting MX-16. 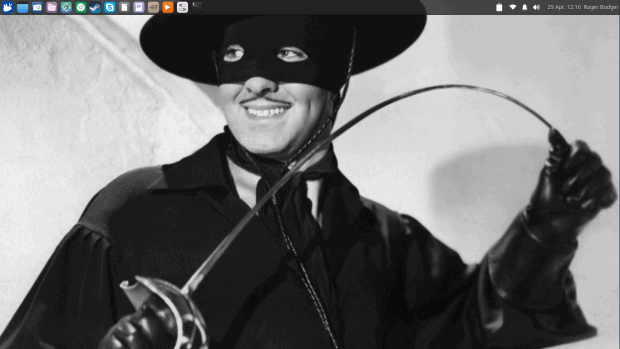 It worked well all in all, giving solid results across the board, but it did not truly spark and shine in any one category. But then, given the almost chaotic record of behavior in the other two stacks, Xfce managed to retain a sane dose of consistency for now, and Xubuntu Zesty is a good, mature, rounded representative.

Like Antergos, Manjaro is an Arch-based system, and it tries very hard to hide its nerdy roots from the user. And much like MX-16, it is constantly improving, gaining traction, brand recognition and quality. My midyear test with this distribution proved to be another refreshing, stable experience.

Media, smartphone support, fast package management with some small dependency issues, and excellent performance. But then, there were some regressions after all – on the network side. Bluetooth did not work, battery life was only okay, and the UI side of things needed some spit and polish. But then, three out of three, four-star up releases, offering a no-nonsense desktop experience in the true classic sense, with a smart layout, a good range of applications, and most of the goodies that people need. Gellivara proved to be capable of satisfying both the primal needs, maintaining the edge of quality and consistency, and hiding its identity. Another recommended product, offering yet more choice and variety to the desktop user. 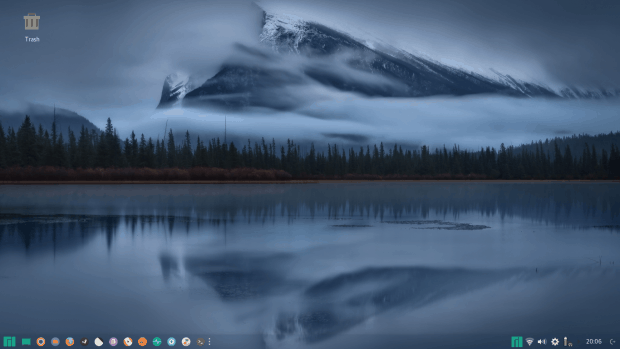 I knew it could not last. A perfect record with all of the tested candidates is unheard of, although comparing to the almost binary mood swings with Gnome and Plasma, Xfce was a smooth as a pond. Alas, Aardvark disappointed heavily, bringing its baggage of regressions and problems from the parent distro. The basics were good, including fonts and daily fun stuff, plus cautiously okay package management and an uneventful setup of proprietary drivers on a laptop with Nvidia graphics.

But then, on the hardware side, many other things did not work well, including webcam and suspend & resume functionality, and there were a bunch of application crashes, something that I have not seen in a long time in an Xfce distro. Performance remains spot on, and you can customize the desktop as you please, although the accessibility of this set of feature still feels a bit scattered. 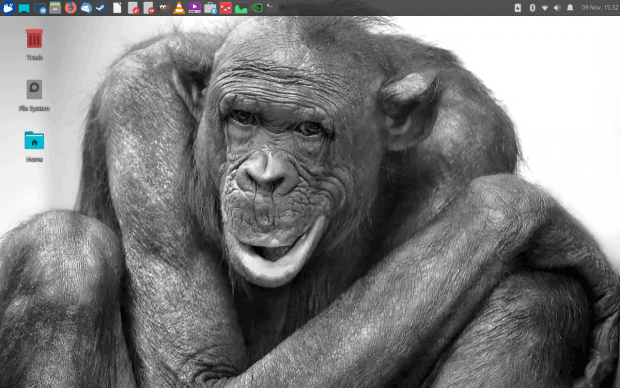 Xubuntu 17.10 is an average distro, and it does not truly reflect on Xfce, from what I was able to see and test throughout the year, but then, it is still the most noticeable member of the Xfce family, and it should behave accordingly. So it is not a distro that I would recommend, but it still warrants testing, and it can still show some of the merits of the Xfce desktop.

I realized that this year, most of my focus was on Gnome and Plasma distributions. That’s perhaps a shame, but it does highlight some shift in my interest. Year 2016 was definitely the Xfce year. 2017 seems to be more of a Plasma year.

Anyway, funnily enough, my Xfce enthusiasm slowly trended down from spectacular to average, although the first three tests were relatively close in terms of looks, quality, media and shiny stuff, and performance. In fact, performance remains the bastion of this desktop environment – you can always count on speed.

And so the winner is – MX-16. This really is a great distribution. Right from the start, you get access to music, videos and gadgets, you can import your live session, the MX Tools box is an excellent addition to the software arsenal, and with blazing performance and magical battery life, MX-16 and its Xfce setup give you the quintessential classic desktop that you want or need. Truly a breath of fresh air in every sense of the idiom.

So what happened in 2017? Well, Gnome lost, Plasma won, and Xfce decided to settle in the middle, watching, waiting, lurking, biding its time. Some of the momentum is gone, and I do admit, it’s very hard to maintain it, but then, on the other hand, Xfce provided stability and sanity where the others decided to play hopscotch in a minefield. Perhaps it did not wow and stun as much as say Kubuntu Zesty, but then it also did not bring me to despair or tears like half a dozen other distros.

The knowledge you always have a steady, reliable baseline is quite comforting, and Xfce bears this label with pride. It’s the unrewarded workhorse of the Linux world, and it’s battling color with practicality, trying not to gain or lose too much of either one. The truth is, it does not have to be a zero-sum game, and Xfce can become better, both visually and functionality. In 2017, it was largely consistent, with high quality and predictably lighting-fast performance. Some niggles and issues remain, mostly around how to present everything to the user in a way that does not destroy a carefully stacked deck of cards, and that sounds like a cool challenge for the next year. Xfce does not need to prove itself anymore, and it has enough critical mass to be able to risk it. 2018 ought to be interesting indeed. Meanwhile, if you’re not in the mood for drama, MX-16 is an excellent choice, with focus on speed, productivity and humble style. Take care. 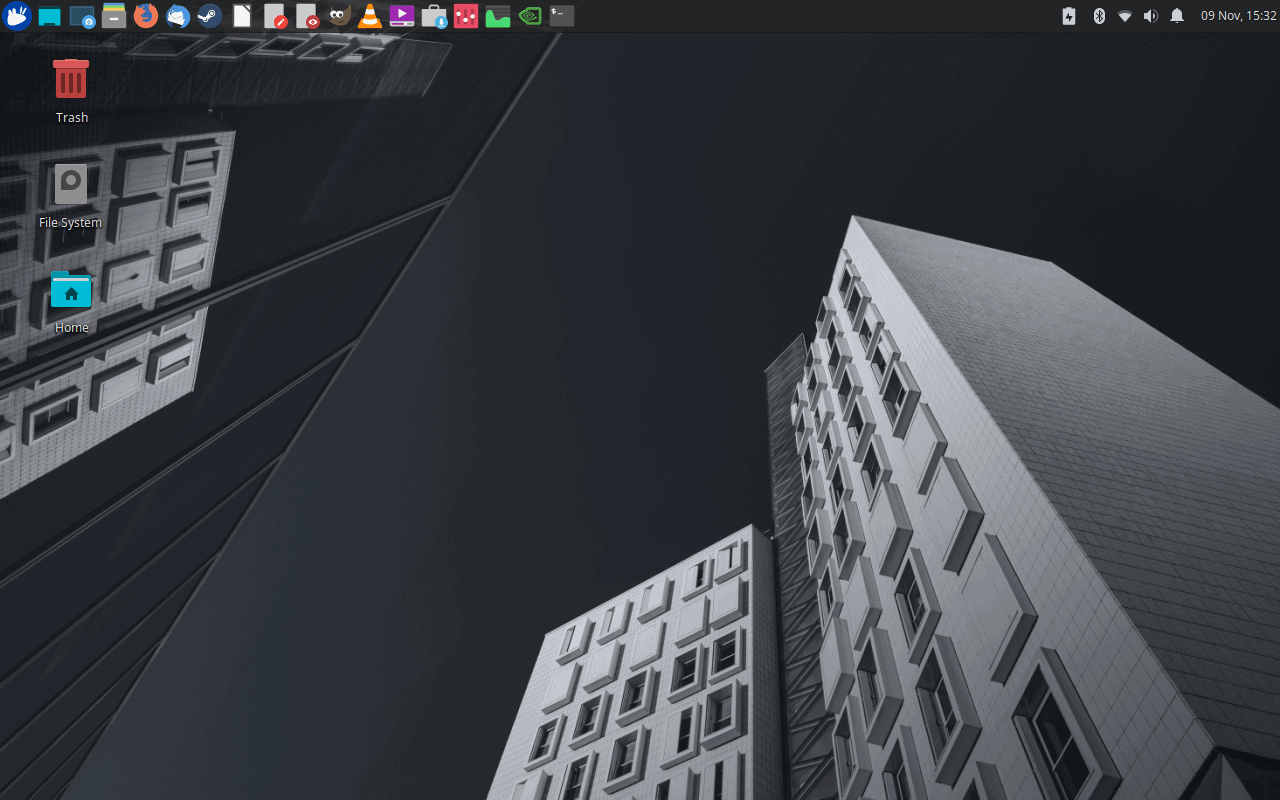