The current calendar year is slowly converging toward its end. That means one thing! Well, two things. Festivities and liver stress testing for most people (that’s one thing), and Linux distro evaluation. Indeed, the past almost-year has gone by with many an ISO etched and booted. Following the tradition from the previous few years, we shall examine the annual landscape and do some awards, and the first desktop environment to undergo the verbal treatment shall be Xfce.

Before we begin, please remember. This is an entirely subjective article. It is also an article with a limited scope, because there are so many distros and only so few Dedoimedos – Highlander style, there be only one. Hence, I will focus on the systems I’ve tested and tried. If you don’t see your favorite Linux here, don’t go all crusading on me right away. Instead, comment down your own experience, and perhaps next year, I may choose those over and among the many samplings and delights out there. Now, let us peacefully and civilly proceed.

Over the last few years, MX Linux has become a rather consistent player in a turbulent market. This Debian-based distro seemed to have found its sweet spot around 2015, after several wild and less than glamorous incarnations, and since, it’s been slowly, steadily improving while retaining its humble, no-nonsense approach.

This year’s edition is no exception. In fact, it’s better than its predecessor in every way. MX-16 was quite reasonable, with a few rather original streaks, but it still had glitches and bugs. Most of these have been resolved in the 2018 offering. The visual side of things is far more elegant than before, the MX Tools pack is more refined and practical than before. You also get a friendly experience out of the box, including the import of the live session data into your installed system, something that very few distros bother to do.

I ran the first test with MX-17 on an old laptop – which is going to be a full decade old next year – with its Nvidia card, and this was a pleasant, trouble-free experience. And here’s another strong selling point of MX Linux – exceptional performance. Frugal, light, lithe. For those looking to ease themselves into the somewhat harsh world of Linux at home, MX-17 is a smart, unique choice. 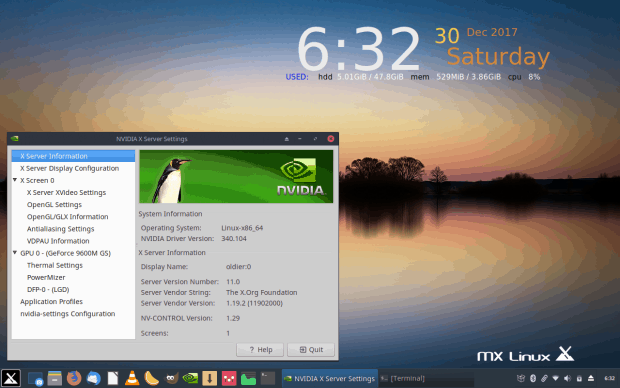 I was so pleased with MX Linux that I extended my testing to another box, which proved and reaffirmed the good findings. Running on a newer system also revealed even more blazing performance and exceptional battery life. MX Linux had almost everything one needs to have fun – solid looks, all the goodies out of the box, it was stable and fast, and I’m most impressed with the momentum and consistency, because many a distro fail to keep up with their own growth, and a vicious cycle of regressions sets in. For a third year straight, MX Linux marches on like a pro. 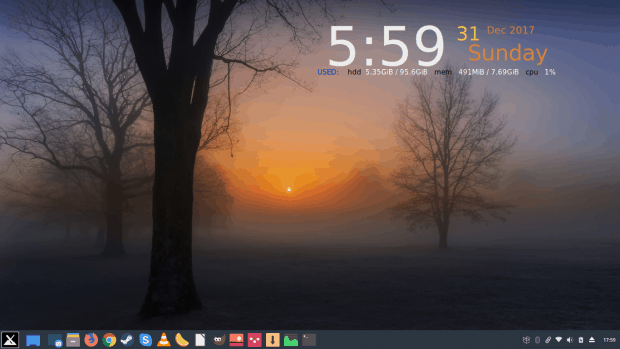 A friendly, frugal, Arch-based distro running Xfce, loaded with modern goodies and looks that reflect modernity. That’s probably the best way to sum the mission statement of SwagArch, a small, niche distro based on the one system that makes the noobs shake in terror.

My experience was less than perfect. The distro has some nice points, but it felt too scattered. There were problems with networking and fonts, Steam installation, package dependencies, and a few other issues. I was pleased with the Nvidia drivers setup and overall performance, but the combined impression was one of inconsistency, with some rather brilliant and some rather odd and even disappointing elements. SwagArch didn’t have the critical mass of basics one needs and expects to decide to put up with some of the less pressing papercuts.

Perhaps over time, SwagArch will settle in and grow. After all, most distros rarely make it on the first go. I was quite negative about both MX Linux (and its predecessors) and Xubuntu for many years, and look where we are now. For the time being, for me, this was one of the less successful examples of the Xfce desktop recently. 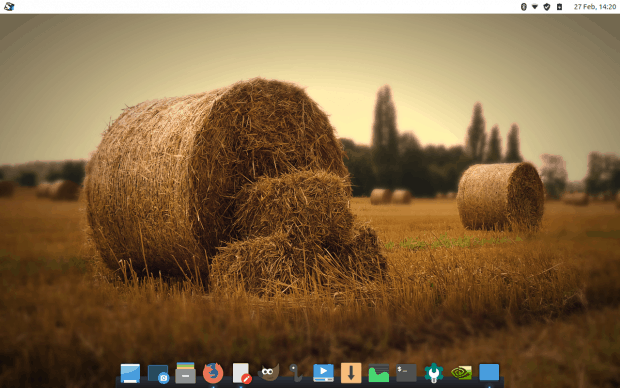 Manjaro and I have a forbidden relationship. Like Romeo and Juliet, except neither one of us is human, what. This is also an Arch-based distro, and it tries to hide all the difficult bits from the user. In 2018, I ran several tests with Manjaro, but we’re talking Xfce, so that’s the one I’m going to focus on right now.

In my test, Hakoila delivered some superb points – like the integration of Microsoft Office Online, for example, which is one of the best applications to land in the Linux desktop recently. Yes, ’tis only a wrapper for a Web app, but then, it’s the first time anyone ever bothered giving Linux users proper access to the most popular office suite out there, and it’s a very positive side of how Manjaro perceives and treats its audience. But then the network side of things was less than ideal, there were tons of bugs, plus the experience was largely inconsistent with the rest of the Manjaro family.

Lastly, Hakoila was ever so slightly less successful than Gellivara, which we’ve seen last year. This is the crucial moment, and we’ve seen this with MX Linux and Xubuntu. It’s hard keeping the edge, especially when the overall Linux desktop scene is stagnant. Still, it’s not all negative, far from it. Manjaro 17.1.6 is a pretty decent distro. It’s a rolling release, too, so once you install it, you get all the updates going forward. 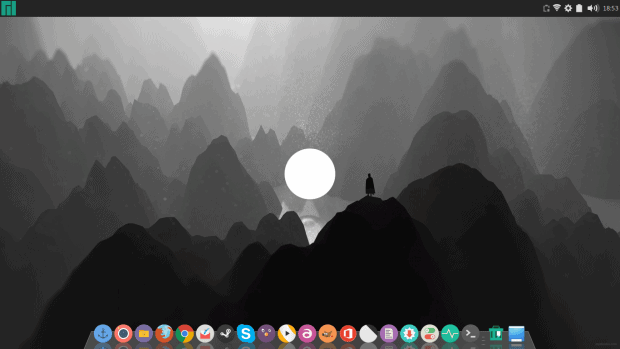 I had really big expectations of Xubuntu 18.04, for ’tis an LTS. At this time, I was also contemplating a new operating system for my production systems (those that run Linux), and this was one of my potential choices. You probably know how that story went, and if not, we shall talk about it when we discuss the best Plasma distro, hint hint. Anyway, I was really looking forward to enjoying Bionic Xfce, especially since Xubuntu seems to have hit a somewhat rough patch lately, struggling to up its game and continue innovating.

Alas, Xubuntu 18.04 was less than perfect. Not bad. Just not fabulous. It was decent, sticking to the safe, middle ground. Reasonable functionality, covers and ticks all the boxes, kind of, but not daring to risk it, or provide any real edge over its competition. It sure didn’t match my expectations for an LTS, and there was nothing new Xfce-wise to show for, something that MX Linux managed to do with flair.

When it comes to technical details, it’s a very fast distro but with less-than-ideal battery life, solid media and phone support, so-so network support, pretty bad fonts, and bland default looks that take a lot of work to enliven, accompanied by a headwind of bugs and glitches that sap enthusiasm. Not bad, but we’ve seen much better. 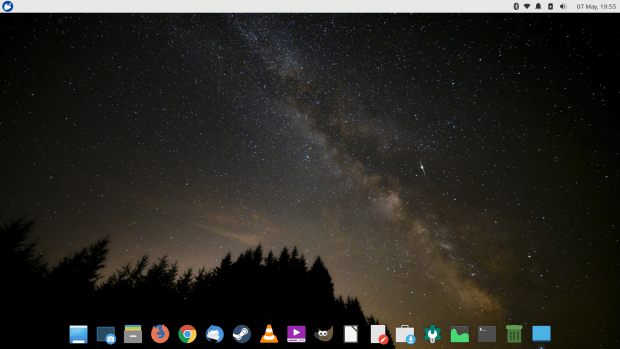 Another Xubuntu, and it’s this season’s edition. Typically, Ubuntu family releases in between the big LTS milestones are somewhat rough, designed to be tech demonstrators, with a short lifespan and bugs to be expected. Now and then you get a real gem, like the spectacular Zesty.

Overall, Cosmic was rather consistent – very similar to Bionic, which isn’t the best thing, because the former had bugs, and the latter does too. The looks are bland, the connectivity is there, but then you need to spend energy making the desktop presentable, with visual bugs that just won’t go away. There were also some crashes now and then, and in the end, I had a standard, functional and love-less distro in my hands, which simply doesn’t excite in any way. It’s like it’s trying to be a gray man, an invisible figure in the crowd. Xubuntu Cosmic was okay, but it embodies the wider enthusiasm problem in the Xfce community. This is partly understandable, because a fair deal of energy went into the MATE desktop, very similar and yet different. But there have been some rather cool development in that field. A different story, though. 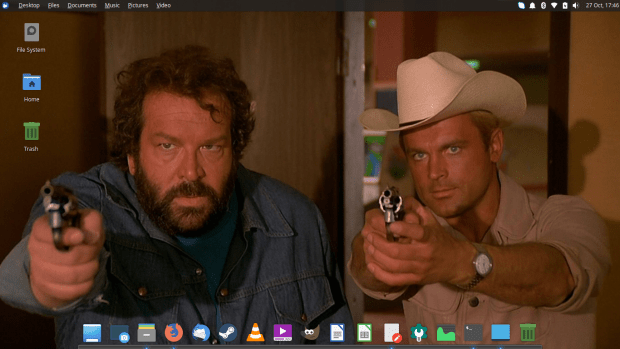 MX Linux once again. I did pay more love and attention to Xfce this year than last year, but the sentiment remains. The Xfce desktop seems to have stalled, and it’s in some odd limbo state, in between leading and following. MX Linux seems to be an exception to this rule. It’s a small distro, but it carries proudly, and comes with lots of goodies. MX Tools and the session save are among the many useful, practical facets, and you don’t get to see these often elsewhere.

Year after year, MX Linux is improving, becoming nicer, friendlier, more stable, more logical, more everything. MX-17 Horizon keeps the good bits, and then improves on its looks, overall cohesion and its tool set. If you’re looking for something light, fast, robust, and with all the fun stuff that ordinary people need out of the box, this is a superb choice. With one disclaimer – it’s too small to own the ocean.

Looking forward, MX Linux can evolve, of course. It’s a typical classic desktop, which means it’s entirely local, and does not have any “out there” facing features. I’m talking about online connectivity and cross-system integration tools that could make it more appealing to Windows users. This is very hard to achieve with small distros, but that could be the big differentiating factor. Like having an LTS edition, and being able to support a bigger set of unique tools. Well, given the current trend and positive results, this might be rather feasible. For the time being, it’s the probably the one big point against wider MX Linux adoption.

I like doing these compilations. They help me introspect and try to recognize patterns in the Linux world. We still haven’t done the Gnome and Plasma articles – those are coming soon – but on the Xfce side, we seem to have hit the plateau, the old players are in a standby mode, and some smaller projects are trying to burst through and make it. A few do this exceptionally well, others not so much. MX Linux seems to be holding the crown.

Manjaro is another solid candidate. With Xubuntu as the third option, these Three Amigo offers a reasonable non-mainstream experience for Linux folks. But Xfce does need an urgent refresh. It’s a desktop as desktop was back in the early-mid 2000s. I love that, but I am also cognizant of the more modern needs out there, and Xfce should catch up. It’s not defeat or selling out or anything – it’s acknowledging there are new facets of technology that people need, and if they can have them as an integrated part of the desktop experience, then everyone is a winner. At the moment, MX Linux seems to be the favorite candidate. Honest, unique, fast and elegant. Thus ended the article. Sequels to follow shortly. 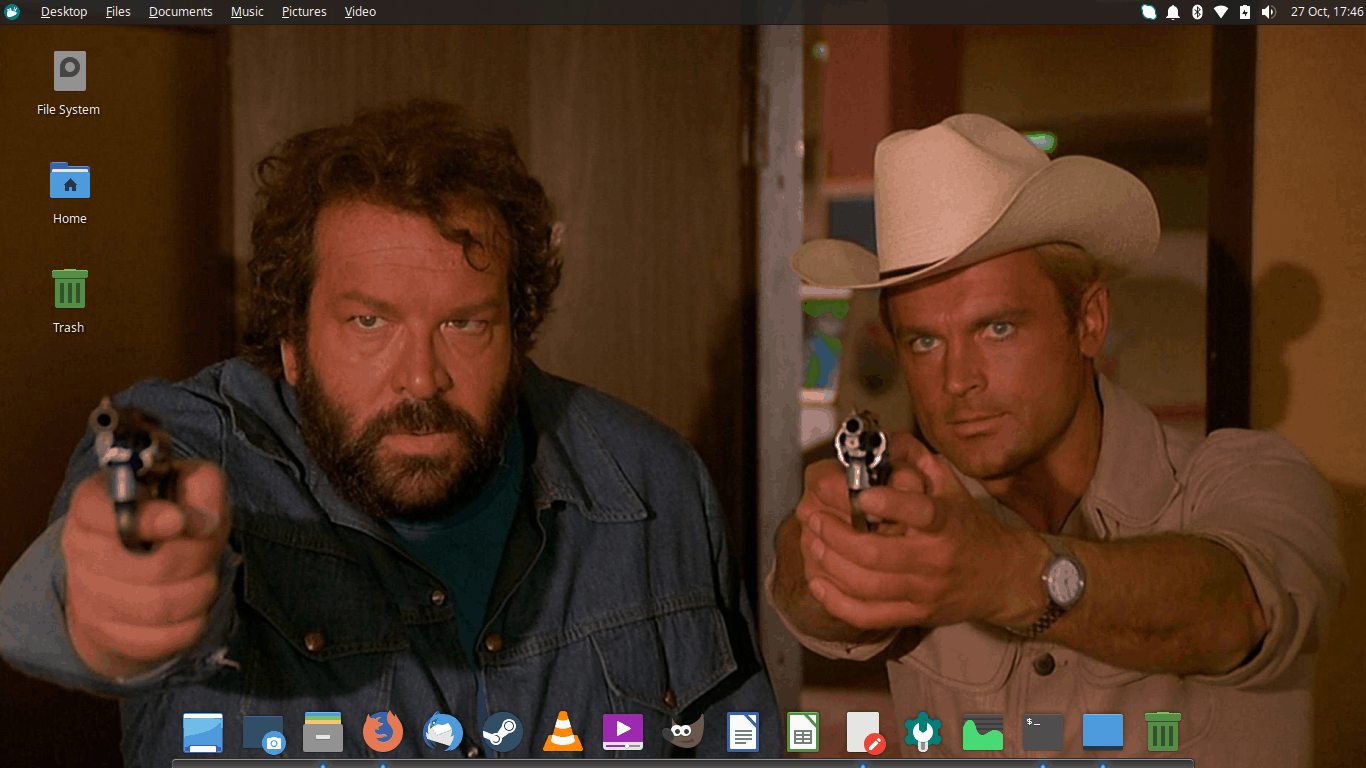