Something is absurd about the idea that free and open source software (FOSS) is apolitical. How could a movement that changes the way software is produced and alters conventional notions about the rights of users not be political in the broadest sense? Admittedly, though, FOSS in 2019 seems less political than it used to be.

Still, the idea remains widespread. Anthropologist Gabriella Coleman, for example, researched the Debian project, in the past one of the most radical FOSS communities, yet describes FOSS as a whole as “politically agnostic.” Similarly, many programmers would insist that what matters is the technology. Nor is it difficult to find left and right wingers working together in FOSS although not always harmoniously.

The reasons for believing FOSS to be apolitical are not hard to find. For one thing, the foundations that govern many larger projects are often registered charities, and need to be cautious about political involvement so as not to lose their tax-free status. For another, after being condemned by Microsoft as “communism,” few FOSS participants were willing to declare any open political stance. That is especially true in the United States, where, decades after the cold war, coming out as a socialist has only started to become acceptable in the last year or two. Under some circumstances, keeping your head down and coding was only sensible.

Moreover, how political free software appears depends very much on the communities with which you interact. To give an obvious example, The Apache Foundation with its permissive licenses is far less political than the GNU Project, with its advocacy of copyleft licenses and its connection to the Free Software Foundation.

When examined, the idea that FOSS is apolitical is one of those generalizing half-truths — it contains bits of insights, but in the end is incomplete. While never the major focus of free software, political activism remains close to the heart of the movement. Sometimes, this activism is only a generalized and often naive mistrust of corporations and the profit motive, but frequently it has been more influenced by radical thought than most people –even participants — believe.

The Forgotten Radicalism
FOSS is so widespread today that it is easy to forget how radical an idea it actually is. Ever since the English Civil Wars of the 17th Century, reformers have advocated that those doing the work should control their working conditions. This position had limited successes in the trade union movements of the mid-20th century, but these successes have eroded in recent decades. But in its own sphere, FOSS has carried this position to even larger successes than unionism.

Think about it: FOSS projects are voluntary associations. They are self-governing — not always perfectly democratic, but with community involvement in the governing. Although these days, many are paid for their participation, for many, the intrinsic rewards of the work are as important as the extrinsic ones. Back in 2011, someone — I believe it was Eben Moglen, the lawyer who framed the GNU General Public Licenses — replied to the accusations of communism by telling me, “No, it’s anarcho-syndicalism.” And if you look up the definition of anarcho-syndicalism, he was not just joking. He was perfectly correct. Quietly, without fuss, FOSS projects everywhere have implemented almost point by point the characteristics of the type of Anarchism that was tried in Catalan during the Spanish Civil War. Debian has gone further still by voting on project policy by referendum and electing its leaders using a version of the Condorcet Method, which is widely considered the most representational voting method devised. Admittedly, most projects do not nearly as far as Debian, but the diverse means of governance are also a characteristic of anarchist thought.

At the heart of this rethinking of work are the copyleft licenses like the GNU GPL. In these licenses, copyright holders voluntarily give up rights in their intellectual policy. In return, the copyright holders, along with everyone else, receive the same rights in any modifications or improvements of the original works. Although the copyright holder receives credit for the work, in effect, copyleft licenses deed rights to the work to everyone who uses it. Nobody ever talks of copyleft licenses in terms of sharing the means of production — that would sound too Marxist. Yet in effect, that is what happens under copyleft. The ingenuity is that the goal is achieved using a conventional institution like copyright.

Given such foundations, it should not be surprising that, while you do not need to be a leftist to participate in free software, the movement as a whole skews to the left, especially in its early history. Working on their projects of choice, participants may talk programming, but meet them on social media, and their politics tend to be leftist. Or look at Richard Stallman’s home page, with its support for pro-choice, the Green Party and civil liberties — causes that go far beyond issues like net neutrality that you would expect a techie to be concerned about.

This radical past is most obvious before the Dot Com era, when business first discovered free software. Even then many announced that computer technologies were about to revolutionize business. Scan the signatures of The Cluetrain Manifesto, and you will find the names of many of the early stars of FOSS.

Since then, free software’s radical past has resurfaced more than once. Peter Brown,a former member of The New International magazine, tried hard to make activists aware of FOSS during his five year tenure as the executive director of the Free Software Foundation (2005-2010). Free software, he proposed, should be as much a part of an activist’s life as recycling — and, in fact, could help recycling by extending the working life of older computers.

Similarly, 2008-2012 saw the rise of Geek Feminists, who worked to remedy the disproprtionately small number of women in FOSS. The result was the rise of networking groups for women in various projects, mentoring programs like GNOME’s Outreachy, and the implementation of Codes of Conduct to reduce harassment in projects and at conferences. However, by the time Eric S. Raymond tried in 2015 to rally free software conservatives against what he saw as a conspiracy against FOSS core values, geek feminism had dwindled away, in part because of personal differences among its supporters.

The decline of radicalism?
More recently, the signs of FOSS’s radical past have faded. The Free Software Foundation, once the center of radicalism, has been reduced to a remnant talking mostly to itself. Nor has anyone else taken up the slack.

Maybe this shift is due an aging generation of participants that has prefers routine to causes. Or maybe business’ interest in a way to reduce time to market has become so dominant that there is no room for other perspectives. In the last few years, even the distinction between free software and open source hardly arouses any interest. Just as the gains of unionism are taken for granted, so the success of free software is no more than a given.

Can FOSS return to its radical roots? Should it even try? I can’t even guess what form a revival might take. Still, no matter what the future might hold, I think it’s worth remembering that, in FOSS, radical ideas about labor did something extraordinary, quietly defining the working conditions of tens of thousands across the world. 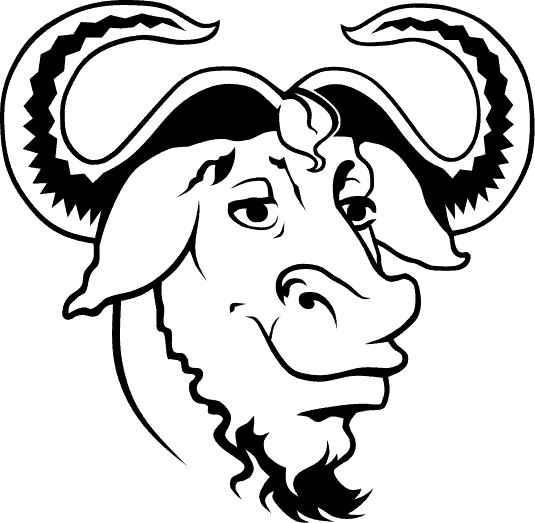