Purism, the company that has delivered free laptops, is now hoping to do the same for phones. As I write, the fundraising campaign is just over halfway to its goal, with 27 days to go. You might imagine that, with Purism’s past record, its efforts would be applauded, but instead, dozens of self-appointed pundits are explaining why its latest campaign is doomed to fail.

These explanations are rarely new. In fact, many are the same as the criticisms made of other attempts at a new direction in free software or hardware, which makes them worth the time to debunk:

I know something the company doesn’t:
Always possible, but unlikely. By the standards of Google or Red Hat, Purism is small, but, even so, I doubt it is attempting to raise 1.5 million without having thought through the idea from start to end. The fact that the Librem 5 (as the phone is called) is Purism’s fourth product suggests  that the company knows more about what it is doing than the keyboard critics.

It’s not free, so it isn’t worthwhile:
No, not so far. However, it’s easy to be pure when you are in no danger of having to make practical decisions. Sometimes, without a compromise, a product may not be made at all.

Admittedly, Purism’s previous products were not as free as they could have been when they were released. In particular, they did not use Coreboot, the free BIOS. However, for nine months now, they have.

Nor is that the final stage. Uniquely among open hardware companies, Purism has a Freedom Roadmap, that lists all the steps it considers necessary for a totally free piece of hardware. Purism considers itself well along on that roadmap, but it has yet to win Respect Your Freedom Certification from the Free Software Foundation, or several steps beyond that. Both its progress and its publication of the roadmap make clear that the company is dedicated to eventually meeting its own high standards.

Purism can’t compete with Apple or Samsung:
True, but who said it was trying to? Like Purism’s previous products, the Librem 5 is a boutique product, designed for a minority to whom security features and the use of a Linux distribution are attractions. It is not a mass market product, although apparently Librem makes enough of a profit to employ a dozen people. While I am sure Purism would prefer to win a larger market, that goal is much further down the line. Demonstrating that open hardware can be profitable is at least as important a goal.

The Librem 5 will fail because earlier efforts at a free phone have failed:
That would be true only if it was doing exactly what other efforts did. However, Purism is expanding more slowly than Jolla did, and, unlike Jolla, is positioning itself in a niche market, at least for now. Similarly, it is trying to raise less than ten percent of Ubuntu Edge’s goal. In other words, it is not comparable to earlier efforts, so they are poor indicators of what will happen. If anything, Purism’s cautious expansion would seem to give the Librem 5 a greater chance of success than its predecessors.

Librem 5 should use Android, not Linux:
The choice of operating system alone does not determine how secure a device is. However, with free versions of Android lacking some of the proprietary features of other Android implementations, Linux should be easier to secure. Under the circumstances, using Android would be a contradiction of Purism’s goals for software freedom and security.

Librem 5 needs an app store:
Being the owner of a tablet that runs Ubuntu Touch, I have some sympathy for this view. One of the latest additions to the Ubuntu store is Zork 1, which, however welcome, still strikes me as less than innovative. However, Ubuntu Touch’s failure is not just a nearly empty store. The other half of its failure is its slowness to reach the goal of convergence — the use of the same interfaces and software on all types of devices. Technically, Ubuntu Touch will run standard Linux apps, but the process is far from user-friendly.

By contrast, the Librem 5 should have access to the usual Linux repositories of packages. Some of these packages are not suitable for the small screen of a phone, but many are. Others, including GIMP, Inkscape, Krita, and LibreOffice have portable versions, or may be available online. There is every reason to think that the Librem 5 will be a phone that operates very much like a laptop or a workstation.

Possibly, the Librem 5 will have its own app store. After all, a few phone apps, like flashlights, mirrors, and compasses do not have any desktop equivalents. But does anyone really need the proprietary apps and advertising-tainted features that are the norm on Android or iOS? These apps would contradict Purism’s stated goals, and, for the most part, the Librem 5 should do well enough without them

By release, the Librem 5’s specifications will be obsolete:
The Librem 5’s tentative release date is January 2019 — sixteen months away as I write. This lapse is long enough that some have worried that, by the time it is released, it will be a mid-level phone at best.

Considering that the Librem 5’s main features are security, that would not be a problem. However, those who worry about obsolescence need to read more thoroughly. If you scroll far enough down the crowdfunding page, Purism clearly states that “The specs will be finalized as late as efficiently possible to ensure the best available components. […] Specifications are subject to change.” In other words, what is being mentioned now are the minimal specs, not the final ones.

The Librem 5 is over-priced:
At $599US, the Librem 5 is expensive compared to many phones from LG or Samsung. No doubt, if the phone had a larger market, it could be sold for less. However, considering that the latest Apple phones begin at $999US, the price is not unreasonable. Those who care about software freedom and security have proved willing to pay for Purism’s laptops, so every reason exists to think that the same audience will be willing to pay for the Librem 5.

Waiting to see
Of course, the Librem 5 may fail to reach its fundraising goals. It may also fail to turn a profit when eventually released. However, it is important to remember that most new hardware and software released by small vendors fail, not necessarily because of any mistakes, but because the near-monopolies of giant corporations make the odds for small vendors almost impossible.

Still, explaining all the reasons why the device might fail in the marketplace is a defeatist position for those interested in open hardware to take, all the more so when few of the critics have any practical experience with developing a new product. At times, it sounds as though the critics are so used to seeing free hardware and software defeated that they take a gloomy satisfaction in predicting another failure.

Having been involved in bringing a couple of products to market, I am all too aware of the difficulties that something as new as the Librem 5 faces. Purism’s caution and clarity of goals are reassuring, but, the only sensible position is to wait for whatever happens. The next sixteen months should make for some real-life drama, especially since, as a long-time free hardware and software advocate, I have an emotional investment in the Librem 5’s results. 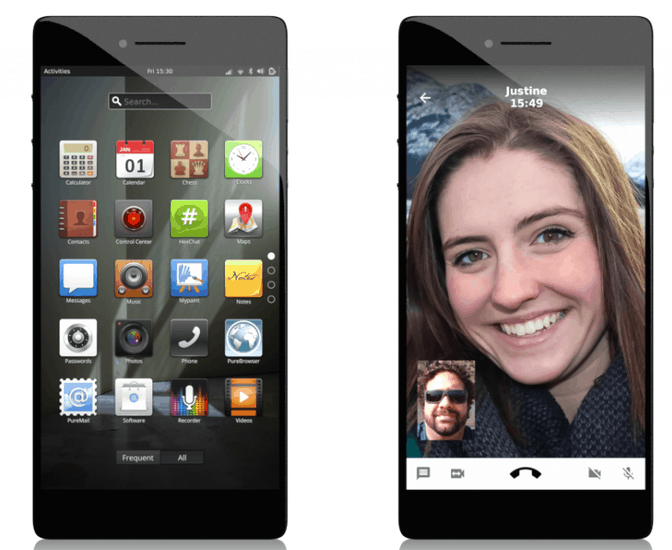