Richard M. Stallman, the founder of the Free Software Foundation, is famously fond of distinguishing between “free as in freedom” and “free as in beer.” Free software, he is pointing out, is a matter of philosophy and politics, not price, and the implication is that “free as in freedom” is by far the superior of the two. Yet as open hardware spreads, reduced costs — if not always no cost — is starting to seem just as important as licensing, both for manufacturers and for handling situations that normal business is unable to handle.

To some degree, the same is true in software. Admittedly, though, it is less true than it used to be, because, in the last decade, online services such as Google Docs have diminished the attractiveness of gratis free software. For users who little about free licenses and often care less, proprietary services can seem just as convenient as local hardware or free services, all the more so because they carry a well-known brand name. However, cost remains a major factor in business, where freely available source code can reduce development costs and bring products more quickly to market.

With open hardware, the business advantage sometimes remains. For instance, much of the development of autonomous cars is open source, a fact that is not widely advertised. More often, though, the situation is different from that of free software. Hardware has costs like manufacturing, shipping, and storage that software does not — at least, not to the same extent. In fact, for years, these costs were a major obstacle to the development of open hardware and seemed impossible to overcome. While a hobbyist can contribute to software development for the price of a computer and an Internet connection, the cost of contributing to hardware used to be beyond most people’s — and many small business’ — ability to pay.

Two developments changed that. First, the rise of crowdfunding means that open hardware developers no longer need to fund their work by themselves. They still need to develop a campaign and promote their project, which is still far harder than downloading source code, but with some patience, they can still bring their ideas to market in a way that was impossible not too long ago.

Second, the availability of 3D printers means that, for an investment of under $10,000, developers of open hardware can sometimes bypass manufacturers altogether. Instead of physical products, they can ship templates. Instead of traveling to Asia for several months to oversea production, they can work from their homes. Rather than storing stock, they can print parts on demand.

Recently, for example, I was in touch with Cameron Norris of Social Hardware, a startup working to produce prosthetic hands in India. According to Norris, prosthetics are a major health issue in Indian. Dinsh Mohan from the Centre for Biomedical Engineering at the Indian Institutes for Technology notes that India has over half a million upper limb amputees, with more than 23,000 added every year. An increasing number of these amputees are elderly, and some lack the strength to use human-powered prosthetics. Many amputees also live in rural areas, where the increasing traffic and the introduction of machinery increases the hazards.

This situation is unlikely to be addressed by conventional manufacturing. For one thing, commercial prosthetic hands start at about $30,000. Since that price is more than a year’s income for many Indian families, such devices are often out of reach of those who need them. The cost is increased by the fact that that India has limited funds for technological development, which means that prosthetics are shipped from Europe or North America.

And, as though these problems are not enough by themselves, commercial prosthetics are not designed for conditions in rural India, where many of the prosthetics are needed. Generally, their designs assume access to easy cleaning. Nor are they dust, UV, or water resistant. A particular concern is that devices are unlikely to be fire-resistant, an important concern in rural regions where cooking over an open flame is still widespread.

In short, business as usual has no incentive to address the major problem of amputees. Conceivably, a charity might be organized as a short-term problem, but the long-term issue remains. Nor are donated limbs likely to be long-lasting in their donations.

To help address the problem, Norris’ Social Hardware is about to launch a crowdfunding campaign for its Prosthetic Hand Development Kit. The hand is intended for students and hobbyists, who can build and develop one artificial hand suitable for the demanding conditions in rural India. Sales of the kit will help Social Hardware build additional hands, at a cost of under $500 apiece — about one-sixtieth the price of a proprietary prosthetic. Buyers of the kit will be encouraged to donate their finished hands to Indians in need through Social Hardware.

Some bottlenecks remain. Across the world, there is a serious shortage of technicians for fitting artificial limbs, so Social Hardware will be working with volunteers from the Association of People with Disabilities to help fit users. In addition, modifications made by users will need to be medically certified before being used, although Social Hardware will help them through the process. However, the point is that, thanks to open hardware, the difficulties of finding a solution will be eased.

And this is only one example in one country — although admittedly a large one. Because open hardware has lower development costs, it promises solutions for situations in which conventional business practices are inadequate. In such cases, the free or reduced costs of open hardware promise to be just as important as a free development license. 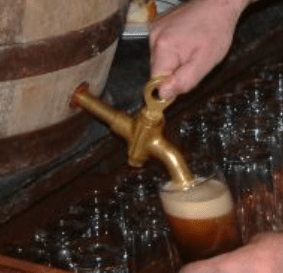