Most Linux distros today will automatically configure your network as soon as you boot, more often than not, even while you install. However, you may find yourself on the wrong end of a configuration gone awry and be forced to set up networking on your computer by hand.

In the first part of this series you saw how to troubleshoot your hardware and restart the network subsystem on your computer to get your network connectivity working. If you haven’t already done so, you should probably go and read that article now before tackling this one.

Notwithstanding the above, it may so happen that the networking subsystem itself is messed up, or the servers on your network are not doing their job, or have crashed and burned. If you’re in that kind of situation, you will have no choice but to get down and dirty with the command line and configure stuff the… er… “new” old way. This will makes more sense in a minute, especially to GNU/Linux veterans.

If you have a typical home or small office set up, you’ll have a modem/router somewhere on your network running a DHCP server spewing IP addresses. The router will broadcast to the rest of the machines on the network and as soon as the networking hardware starts within your machine, it picks up the broadcast and requests an IP number from the router. Your router also tells your computer to use it to route packages to other networks, including the Internet — the name of the device is kind of a giveaway here.

It also typically designates itself as your DNS server, taking its cue from a couple or more online DNS servers usually set by your Internet provider. In short, if all works as planned, everything is done for you and Bob’s your uncle.

However, multiple obstacles can be thrown in your way to impede you claiming your legal status as Mr Robert’s nephew. If your router is switched on and your hardware is kosher, but you still can’t seem to connect to the internal net or the Internet, you may be suffering from one or several of the following three maladies:

To check for number 1, note that ifconfig has been superseded by ip (ifconfig is still available in most distros, but it will be removed at some point, so we’ll focus on ip). The ip tool is the current Swiss army knife for nearly all things net related.

Now is when things get slightly tricky, because, as with the tools used for net-configuring, the interface naming system is in a state of flux. The Linux world is transitioning from the traditional eth0, eth1, and so on, to the new predictable naming convention — see the box on below — that names interfaces with monikers as apparently cryptic as enp5s0 or wlp4s0u1.

The reason the naming system is changing is because the new convention helps developers predict what an interface will be called by the system form where it is connected on the hardware, hence the new system is known as predictable naming.

The old naming system was friendly enough towards end-users. It was easy to see at a glance that interfaces dubbed ethX mapped to Ethernet ports, and interfaces with wlanX in their names refered to WiFi devices. It may seem that making things apparently more complicated would be a step backwards from usability.

However, as the need for end users to configure networks through the command line has dwindled nearly to nil over the years, the slightly more complex naming conventions of the predictable system is not that big a deal, and it does simplify things for programming and scripting by a lot.

Say you had two or more wired network cards on one machine — common in, for example, racked servers. With the old system, it was awfully hard to know in what order the system would number them until after the fact. The new predictable system allows administrators and developers to know beforehand what name the system will give each interface and prepare scripts and programs with that in mind.

For example, in Arch, a distro at the forefront of implementing the new system, the default naming precedence rules are as follows:

Rule 4, by the way, is usually disabled in Arch by default.

From this, we can deduce that my very own enp5s0 interface corresponds to a card on PCI bus 5, slot 0, something you can quickly check by running lspci:

The 05:00 at the beginning of the line is giving you the bus and the slot for the network hardware.

This means that some distros, such as Debian Ubuntu, will still use the old system, and some, such as Arch, will use the new naming system. My own personal OpenSUSE seems to be in two minds about the whole matter and gives me

Whatever. The thing to focus on here is the information the output is giving us. Under the enp5s0 tag, you can see the interface is DOWN and it has no IP address assigned to it. This means connection to the network is not going to work through that interface.

To get it up and running, you can try requesting an IP by executing

The dhclient application will run though your interfaces and look for DHCP broadcasts on the local network. When it finds one, it will request an IP and the other information your network needs to work properly.

As is, dhclient will not work with your WiFi interface because it doesn’t know what wireless network to hook up to or what password to use (we’ll see how this is dealt with in the third installment of this series), but it will work with your wired connection.

In the machine above, after running dhclient the ip output looks like this:

Woohoo! The wired link enp5s0 is up and has an IP (192.168.1.100) assigned to it. To all effects, everything is now working: you can access the internal network and the Internet, since the DHCP takes care of configuring IP, routing, and DNS servers.

As the proof is in the pudding, now try pinging, say, google.com.

If running dhclient doesn’t work for you, it may mean you don’t have a working DHCP server on your network, or it is misconfigured, or has crashed for some reason. This forces you through the rite of passage every sysadmin has to face sooner or later, namely having to configure your wired network interface entirely by hand.

To do this you will need to know…

To avoid collisions, i.e. to avoid assigning an IP to your machine that is already being used by another computer on your network, you may also have to find out the IPs currently in use.

Starting from the scenario shown above, i.e. an unconfigured, downed wired network interface with no IP, the first step is to manually assign a random IP, say 192.168.1.66, to enp5s0. You do this by again using your trusty ip tool, this time as root:

Notice that you can’t actually connect to anything yet since the interface is still down. Let’s sort that out:

At this stage you still can’t access anything outside your internal home network, that includes the whole of the Internet.

Routing tells the interface where to go if it needs to send or receive packages beyond your internal network. In modern GNU/Linux systems you again use ip to set this up:

This tells the networking subsystem to send and receive all packets for all networks (0/0) through 192.168.1.1, i.e. the router, using the enp5s0 interface.

The DNS or Domain Name Service made up by one or more machines on a network that act like an automated telephone directory, associating URLs, commonly referred to (but somewhat incorrectly) as website names, to IP numbers.The DNS allows you to, for example, input the name of a website into your web browser, say ocsmag.com and have our website automagically pop up on you screen. Behind the scenes, what is really happening is that the DNS is looking up ocsmag.com in its databases. It finds the IP number of our servers, and directs your browser to that.

If your network configuration was so messed up you didn’t even hace an IP for your computer, it is likely that you will not have DNSs configured correctly. This means that you won’t be able to, for example, ping Google by using its URL, google.com.

and if that doesn’t work, you have this problem.

To set the DNSs, you need to edit the /etc/resolv.conf file. Open it up with your favourite text editor as root and add in the IP of a DNS server at the end of the file like this:

You can now ping all the things!!!! In fact, your connection should now work normally.

You can, and maybe should, add in several more DNS server IPs to resolv.conf, just in case one fails. If one goes down, the networking subsystem will just pick up the next one in the list and you’ll never even know.

The DNS shown above belongs to Google, but there are plenty of lists of DNS servers online, even classified by country and reliability, if you would prefer to use something else.

So, to recap, the steps to get your wired interface working are:

Notice this configuration is temporary. As soon as your reboot or, indeed, restart the networking system with systemctl, your networking will go down again, because, presumably, the problem is in the configuration somewhere.

But, hey! You’re online now, right? Learning how to fix your networking permanently is easy when you have Internet access.

Read here the third and final part of this series. In this installment we turn our sights onto WiFi connections. You learn step by step how to troubleshoot and set up a wireless connection manually, which in itself is a whole new kettle of fish. 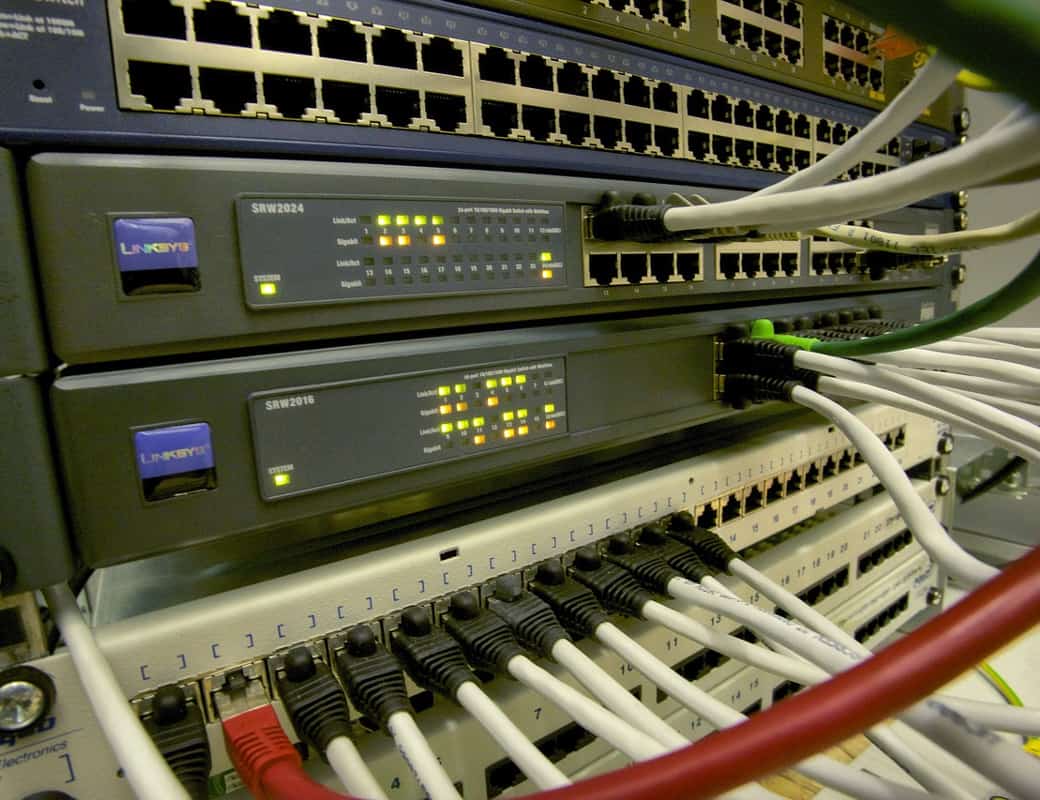