When half a dozen major desktops are used by Linux distributions, what chance does a new one have? In the case of budgie-remix, a better chance than you might expect. With the combination of an unexpected endorsement and a lightweight and elegant desktop environment, Budgie-remix could manage to become the first distribution since Linux Mint to capture the interest of a large percentage of users.

Budgie-remix builds on the work of Ikey Doherty for the budgie desktop, which is featured in the Solus distribution (formerly Evolve OS). David Mohammed, best known for the development of the Rhythmbox music player, packaged Budgie for Ubuntu, then noticed that Mark Shuttleworth, the founder of Ubuntu had left a message on Google+ saying, “Happy to support an application to make this an official *buntu flavour, if there is a community around the packaging.”

“I thought, ‘How hard can it be?'” Mohammed says. He created what he describes as “a quick and dirty distro,” which received enough enthusiasm that he decided to do his own variation on budgie, keeping the basic desktop, but modifying the layouts, themes, fonts, and default applications — which explains why the new distribution is described as a remix.

Now, the distribution has six active contributors, and expressions of interest from others in the Ubuntu community. Mohammed and the rest of the budgie-remix are currently preparing a presentation as part of their official bid to become a community flavor of Ubuntu. “We look forward to having a constructive discussion with the technical board, and, if we can, put together a positive and viable case,” says Mohammed. He hopes that Budgie Ubuntu could appear as early as Ubuntu 16.10 or 17.04 — that is, within six to twelve months. “Ambitious I know,” he adds, “but the budgie-remix team is just that.”

Echoes of the Ancestor and Unity

Budgie is what I refer to as a classical desktop, meaning one that, like almost every desktop environment since Mac OS, consists of a workspace, panel, and a menu. 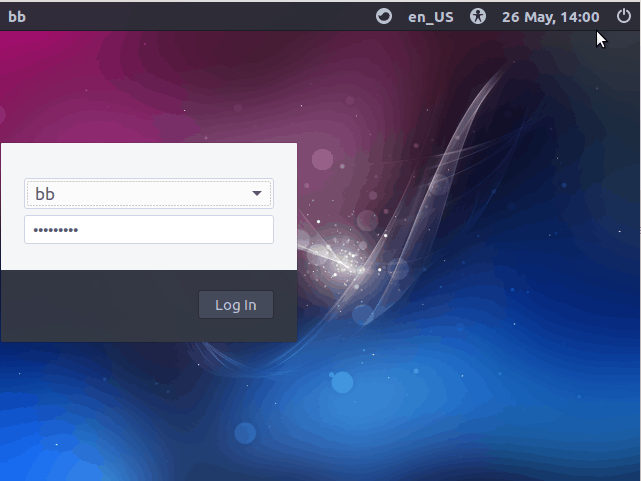 A separate pane is used for configuration, notifications, and applet information.

Budgie-remix opens with a login manager overlaying the desktop — a manager so lightweight that the transition to the desktop occurs in only a few seconds. For those who have used the version of Doherty’s budgie desktop that currently installs with Solus, the main visual differences are that the panel is at the top of the window instead of the bottom, and that plank is used as a launcher. Closer examination reveals that budgie-remix places the configuration tools in a pane that opens by clicking the indicators on the far right of the panel.

Budgie-remix uses plank as a launcher.

Looking even closer, although both distributions have the same basic categories for applications (including the somewhat puzzling Sundry), budgie-remix has far more productivity applications installed by default, but does not install administration tools such as GParted for setting up partitions.

However, while budgie-remix’s descent from budgie is impossible to miss, the influence of Ubuntu is equally obvious. The default wall paper, for example, is a gradient that begins in the upper left with Ubuntu’s trademark eggplant purple. Similarly, the configuration menu that opens below the indicators is reminiscent in appearance — although not in contents — of a similar menu in the version of Unity that ships with the Aquaris M10 Ubuntu Edition tablet. The simple outline icons for indicators also resembles those used by Ubuntu, and, in some cases, are identical.

Probably the greatest point of similarity with Ubuntu is the use of a launcher positioned by default on the left side of the desktop. However, instead of borrowing or imitating Unity’s launchpad, budgie remix uses the popular plank. Plank lacks the polished look of Unity’s launcher, but to my subjective eye, is much faster. More importantly, plank also has features that are only available, if at all, in Unity extensions like Ubuntu-Tweak, such as hiding automatically when an open window needs the space it occupies, changing icon size, and confining plank to the current virtual desktop. All in all, plank could easily leave you wondering why Ubuntu bothers with its default launcher. 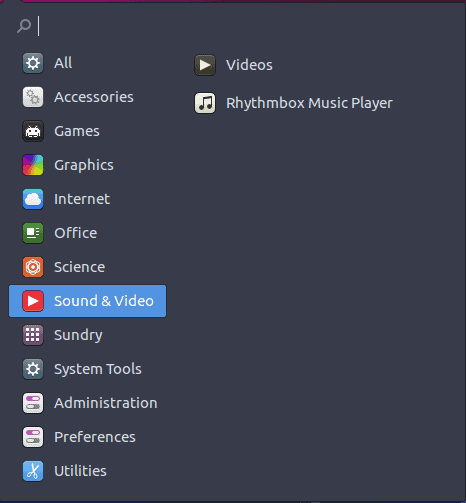 Chose a top-level item in the menu, and part of the top-level list is lost so that sub-menus can display – a serious fault.

Like Unity, budgie-remix de-emphasizes icons on the panel and the desktop. The panel allows no icons except the indicators, although it does place the clock in the middle of the panel, where it is more obvious. As for the workspace, only folders are allowed. By contrast, Unity also includes the option of adding documents, although neither Unity’s nor budgie-remix’s workspaces include applications or URLs — a limitation that reduces clutter, but at the expense of convenience.

The assumption, of course, behind banishing most icons from the panel and desktop is that most users prefer to launch applications from the menu — which, I suspect, ignores the preferences of a large number of users. To work well, the choice requires a strong menu or an alternative. On the one hand, Unity’s alternative is the Search your computer icon at the top of the launcher, supplemented by an often bewildering array of scopes or filters.

On the other hand, Budgie-remix’s choice is a menu which begins by displaying columns of top-level items, and then a truncated single column of top level items, followed a column of sub-items. This arrangement saves space, but means that sometimes users can jump to another top-level item, while at other times they have to display all top-level items first so that all possible selections are available. Nor is this inefficiency reduced by the fact that the menu window cannot be resized. Budgie-remix has other weaknesses, such as having separate menu items for configuration of plank and other preferences, but the menu is undoubtedly the weakest interface choice.

Budgie-remix has come a long way in a short time, but much remains to be done. According to Mohammed, the project is currently considering making budgie-remix more accessible by porting it to Debian, so that other Debian derived distributions can use it. For 16.10 in October 2016, changes include logos in Plymouth during bootup, a login window based on lightdm, a welcome application, improved fonts, and an app-indicator based applet.

Meanwhile, budgie-remix rivals Unity for elegance, and, in my guestimation, falls somewhere between Xfce and LXDE for speed. Except for the menu, it feels like a more responsive, more elegant version of Unity. Give it another release or two, and it could rival Linux Mint’s Cinnamon among distributions and desktops for GNOME applications, providing an alternative that could easily have been overlooked by most users.

Cover image by leagun for Freeimages.com