We talked about Xfce. We talked about Plasma. ‘Twas a turbulent year, and yet, it didn’t really have any defining Linux moments. More sort of steady state, stuck in the middle of a prolonged identity crisis where both the desktop and Linux are struggling to find innovation. Now we ought to talk about Gnome, the third of the triumvirate. What be the best distro of 2018 wearing the Gnome desktop environment cape?

Last year, I wasn’t really impressed with what Gnome had to offer. Following a brief spike in hope from the year earlier, this particular desktop environment settled into a pattern of inaccessible defaults and high resource usage, making it rather unsuitable for everyday use. Sure you can adapt it and tweak it, but then there are better, more elegant choices out there. Let’s see what happened in 2018 – and remember, it’s Gnome only, so we won’t be discussing the likes of Linux Mint or Deepin. After me.

This is an odd entry, but I think it’s important. Essentially, I’ve had CentOS installed for a very long time, with all three major desktop environments configured (including KDE4 though, not Plasma). Now and then, I would boot into the system, tweak and test, and run upgrades. In April, I did this, upgrading CentOS to the latest version – and then some. I also upgraded the kernel, which created a hybrid monster using the super-LTS Red Hat base with older versions of various desktop environments and the latest mainline kernel available.

I found the Gnome edition quite pleasing – but do bear in mind it’s been heavily modified from its baseline, with dozens of tricks, extra repos and apps to make it all work properly. Still, I had a product with reasonable performance, decent looks, great stability, and tons of cool stuff. Perhaps it wasn’t the most amazing thing around, but there’s gonna be supported for years to come, so that’s quite comforting. All in all, if you’re okay with using Gnome, investing in some homework making things pretty and functional, CentOS is about as solid choice as you can make. 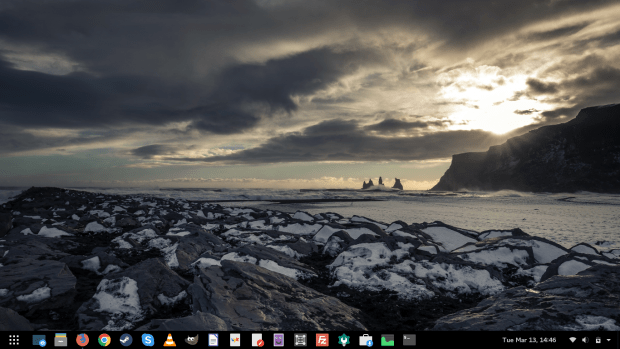 Back in 2017, this was my Gnome distro of choice. It was not perfect – but it had lots of cool features, like Nvidia drivers out of the box, robust package management, reasonable smartphone support, excellent multimedia playback, and modest resource usage – as far as Gnome goes.

This year, 18.3 delivered a less than stellar sequel, unfortunately. Everything was slightly less. The graphics drivers weren’t installed right away, I had to do that manually, the hardware support was worse, even though we’re talking about the same test machine, some applications crashed, some phone models weren’t supported just as well as in the past, and the fonts weren’t good. I like unique distros, and I like an aggressive stance of making fun, innovative products, which Antergos definitely has, alas this year, this didn’t happen, at all. It’s a shame, because I had really been looking forward to deeper, more meaningful experience with Arch-based systems. Something to think and consider moving forward, though. 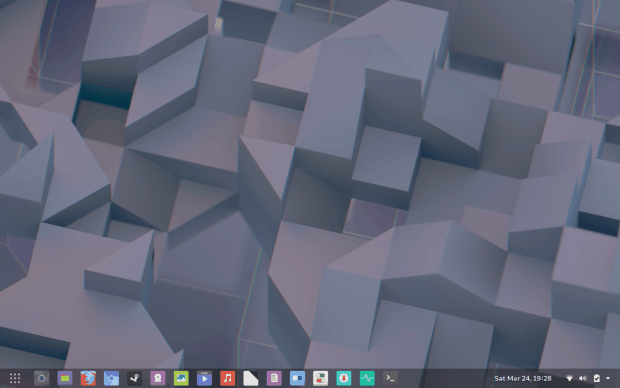 Anxious about what the future was going to bring – and keen on trying to find a new LTS for my production systems (those running Linux anyway), I did an early test of the beta version of Bionic Beaver, followed by an official release review. I will focus on the latter only, because it did improve quite a bit on what I discovered in the earlier session of testing.

Ubuntu ships with a modified Gnome stack, including various performance, usability and aesthetic improvements, like much needed windows buttons, dock, a few extensions, an older version of the file manager, and more. In essence, it bridges the gap between minimalistic, impractical defaults of the Gnome environment and what ordinary folks expect when they sit behind a keyboard and mouse to have some productivity and fun. 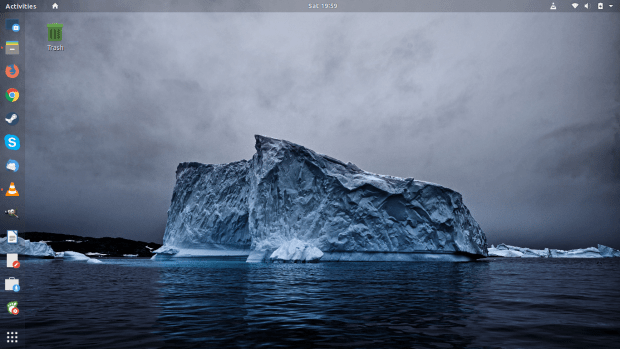 Now, this wasn’t a bad experience – but it wasn’t memorable or exciting. There were some nice new features, like encryption and livepatch, but the rest of it was just sort of average. On the other hand, package management was broken, the network needs tweaks to access Samba, overall responsiveness wasn’t enviable, and there were still glaring usability issues – small yet crucial things, like the (in)ability to create a new file in Nautilus, for instance. In the end, if you want a Gnome system that’s going to be supported for five years, plus a modern base, then Ubuntu 18.04 makes more sense than even the customized CentOS. But it ain’t nothing to write home about.

If there’s one distro that sticks to the (Gnome) defaults – it’s Fedora. And perhaps for that reason, this was one of my more frustrating experiences, although I did eventually, fully tweak and pimp the system to a very reasonable, likable level. But going from the live session to that fully installed and functional system was a long, painful journey.

Phones and music worked out of the box, which is cool, but I had to invest a lot of time to be able to use the system, the fonts were really bad, the performance was just awful, and the whole thing felt bland, listless. The distro also suffered from application and kernel crashes. After several months, the distro settled, the initial woes disappeared, and Fedora 28 sort of behaved, but I found it very hard to relate to. 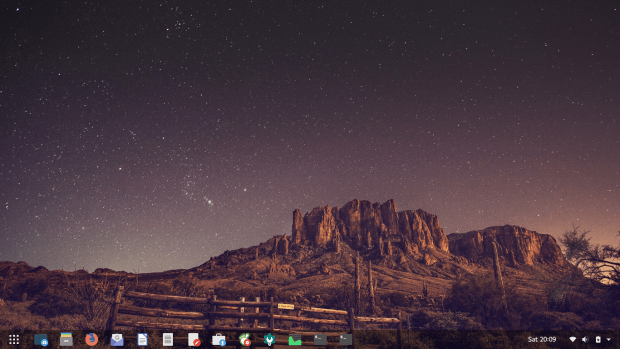 With the memories of pain subdued, I approached the Fedora 29 upgrade with something almost approaching mild, reserved enthusiasm. I decided to run an in-vivo transition from 28 to 29 using dnf on the command line. This would mean all my settings and applications would be left intact, so I would not have to invest hours of time figuring out everything all over again. While it can be fun taming systems, it does become mundane after a while.

This was a very successful exercise. Positive, friendly, with good results. The upgrade worked without any issues, and indeed, I had a pleasant, moderately fast system – Fedora 29 bringing in some much needed fixes in memory management. But like CentOS, it was far removed from the original idea, as I was using a heavily modified stack, both on the visual side and the software side. Most importantly, the system was stable, and even third-party programs worked without any issues. So  in a way, I did warm up a little to Fedora (I’ve always liked Red Hat systems), but I am now at a point where I can’t really distinguish between the original product and my emotionally-charged layers of beautification. 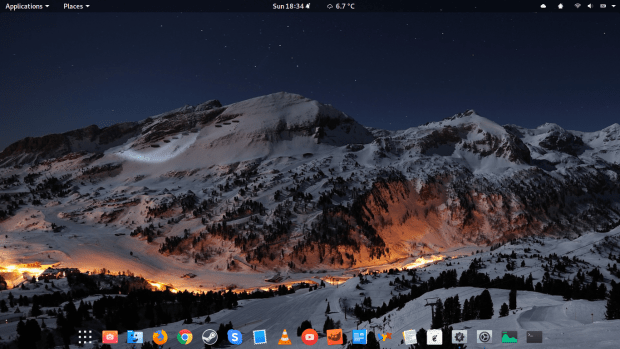 I think the biggest testament to my positive attitude to Fedora 29 was the fact I decided to do a second review, with a complete, fresh install to an older machine, which also happens to have an Nvidia graphics card. A great opportunity to actually try to separate my work from the defaults.

The second attempt turned out to be a 180-degree turn from the in-vivo upgrade. Smooth sailing replaced by a giant storm. Networking was okay, media playback flaky – including choppy video, which has rarely happened in the last few years. Now, I was testing on a 2009 machine, so stellar performance is not to be expected, but if other modern distros can run well on this box and show the very same HD content with smooth playback, then Fedora 29 ought to be able to do something similar. Except it was struggling, signaling that Gnome really isn’t suitable for ancient hardware, and that there are cardinal differences between desktop environments. 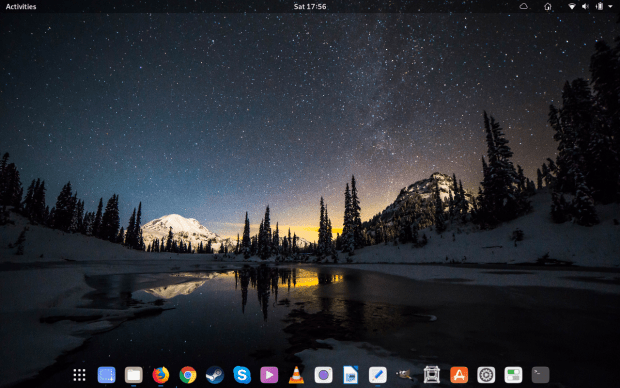 Stability was good, phone support superb, and I was able to tweak the system without too much hassle. But the woes continued with fonts, various little glitches and annoyances, and the performance was a real killer. It wasn’t just the media. The system really struggled. I have Linux Mint installed on the old box as part of a dual-boot configuration, and that one works without any issues. Finally, I also tried setting up the Nvidia drivers and failed. In the end, the second Fedora 29 test was a flop, and it made me worried, because the lack of consistency is among the biggest problems in the Linux world. If there’s no consistency, there’s no predictability, and if you expect your systems to behave, such erratic results simply rule things out.

This isn’t a very long list, and most of it is Fedora. I do have to say I did struggle finding nice Gnome distros through the year, probably because there aren’t that many pure Gnome offerings. You do get a lot of systems that use a modified Gnome stack, and you wouldn’t necessarily recognize them as such.

Anyway, a little bit like KDE, I don’t have an instant winner. There are several average players, and one of them is ever so slightly less average than others, but in essence, none of them truly wins, because they all lack something. For the most part, these Gnome distros needed heavy modifications to be usable. And the results were rather mixed, with the performance being the big issue.

I would have to say Ubuntu 18.04 Bionic Beaver is probably the most reasonable choice here, although you’re better off with something like Kubuntu. CentOS makes sense if you are okay with using a server distro with a thick layer of modifications – on a home system. Fedora is something of a wild card, because sometimes it works really well, and other times, it’s a disaster. Kind of expected from a bleeding-edge dev-focused distro with a short lifecycle. It’s there to demonstrate technology, and for people whom this is the primary focus of their work, they won’t mind the rough edges and pitfalls. But ordinary home users have no reason to tread there.

So yes, Gnome wise, Ubuntu delivered the most optimal choice, but it’s still one where compromise is the defining characteristic. You get everything only that good, and the rest is up to you to either ignore or indeed compromise upon. Not the best outcome, but hey, at least it’s a consistent espirit de results when we compare to 2017.

I think the Gnome desktop environment has become entrenched in what it is and what it represents. It’s not a good thing for end users, but at least it does create some certainty. You know there’s a big rift coming in the Linux world, and it will fall around the Gnome-KDE split. Gnome is strongly focused on its vision of reduced functionality for the sake of a minimalism idea, and that’s not likely to change.

Overall, Gnome in 2018 is similar Gnome of yesteryear. Performance is a big no-no, and you won’t really have much choice if you’re using older systems. Should you still favor Gnome, Ubuntu makes most sense, and it does improve on the defaults. But don’t expect any miracles. Well, at least I know where we stand and what 2019 is going to deliver. And by that, we end the best desktop environment evaluations. There’s still the best distro of the year thingie, and that one is coming soon.